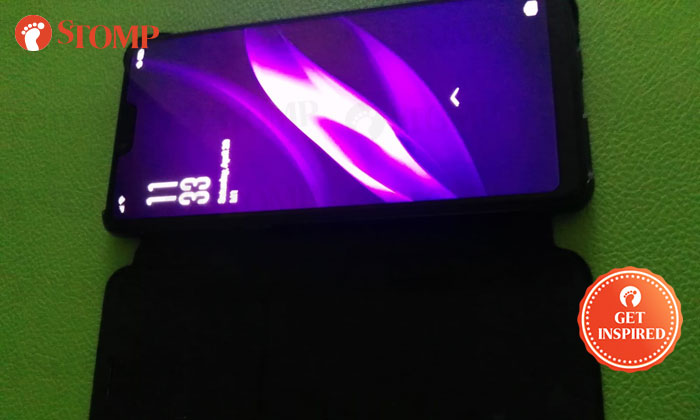 Stomper Michelle was touched by the kindness of a stranger who helped reunite her with her phone she thought she had lost.

She had boarded a taxi with her daughter on Friday night (Apr 19) and did not realise she had left her phone behind.

"We had just returned from Johor Bahru and had a long, tiring day because of the long queues at customs," she said.

"When I alighted, I checked if had left anything behind but did not realise or see that my phone had dropped out of my bag when I took out my wallet.

"My phone cover is black so that could have been the reason why I didn't notice."

Michelle told Stomp that a passenger, who boarded the cab after her, later called her daughter using her phone.

"I asked the kind passenger to pass the phone to the taxi driver.

"As I was panicking, I think I forgot to thank the kind passenger personally.

"When I spoke with the taxi driver, I asked him to convey my thanks to the kind passenger.

"I later got my phone back from the taxi driver and paid the fare for him to bring it to me."

The cabby told Michelle that the passenger who found her phone had alighted at Serangoon but that is all she knows about him.

"I am really grateful to the kind passenger," she said.

"Our phones are so important to us these days.

"Sorry that I forgot to thank you personally."

Related Stories
Mover who returned $50k cash that customer forgot about: 'My tattoos do not determine my actions'
Passenger thankful to GrabHitch driver who went out of his way to return Coach wallet she left behind
We could all learn something from this Bukit Batok coffeeshop's honour system
More About:
inspiring
kind
heartwarming
honest
lost
taxi