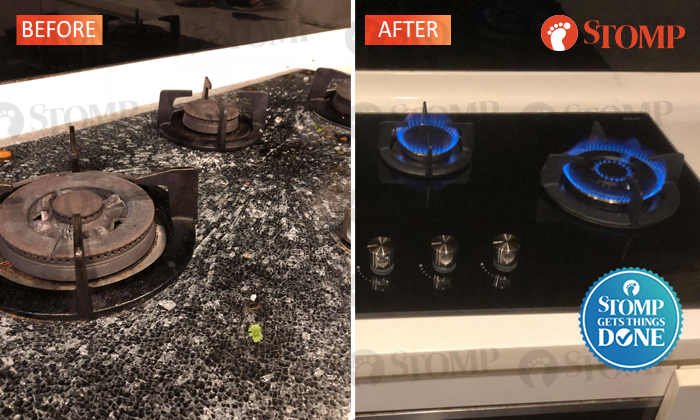 A homeowner received a replacement for the glass hob in her home, which had shattered shortly after being used, within two hours after she reported the incident.

In an article on Monday (Nov 5), Stomper Deborah shared how her Otimmo glass-top gas stove had "exploded and shattered into smithereens".

The incident occurred on Sunday (Nov 4), not long after Deborah's maid cooked lunch, and left glass fragments flying all over the kitchen.

Deborah then informed EuropAce, which owns Otimmo, about the issue and the company "reacted to service recovery immediately".

A spokesperson for EuropAce told Stomp on Monday night that Deborah was given a replacement glass hob. Investigations were also conducted. 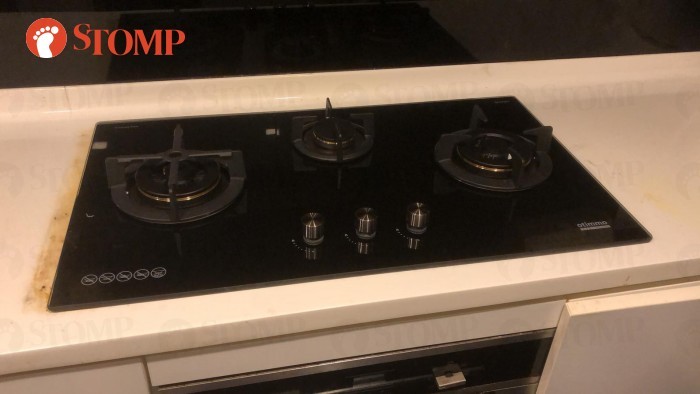 The spokesperson said: "We have received several enquiries of concerns about the safety of our Otimmo range of glass hobs.

"We would like to clarify that the Otimmo range of glass hobs uses the German SCHOTT tempered glass which was manufactured and tested accordingly under extreme conditions, and is currently the only glass hob with lifetime warranty under normal usage.

"After the unfortunate incident was reported to Otimmo, we reacted immediately through our certified installer from the Public Utilities Board (PUB), who replaced a brand new hob of the same model within two hours.

"Samples of the shattered glasses of the hob were collected and investigated on the spot by the installer and our internal task force.

"Many scenarios and possibilities of how the hob was shattered was enacted and tested. However, we could only conclude that it may not necessarily be a product issue.

"Nonetheless, this has caused inconvenience to the homeowner, we would like to take the opportunity to convey our sincere apologies for this isolated incident.

"As an advocate of good products and quality services, we believe in transparency and responsibility towards our esteemed customers.

"We encourage all our valued customers feedback and welcome enquiries for further information on the safe usage of glass hobs and hoods. Thank you."

Confirming that she received a replacement, Deborah told Stomp on Tuesday (Nov 6): Actually, I’m not too excited about having another glass stove.

"I appreciate Otimmo’s quick response, but I’m quite terrified of another incident happening. We are cooking here with a lot of fear and worry.

"Otimmo only has glass stoves, so I couldn't switch for another. I’ll probably change to a non-glass stove by end of the year. I can’t take the risk of this happening again, not with young children in the house.

"Today, I saw my maid cooking briyani for the family, and she had placed a heavy cast-iron motar bowl on the pot to quicken the cooking.

"I panicked and removed it immediately! I’m just not sure how much weight and pressure this stove can take. Always second-guessing myself now.

"I guess some questions I have for Otimmo are - why did this happen? And how do I prevent it from happening again? Can I be assured that if I follow Otimmo’s advice (whatever it may be), it won’t happen again?

"When I talk about guidelines Otimmo needs to be clearer on, one of my key concerns is how much weight a glass stove can take? And if it’s not meant for such heavy-duty cooking, shouldn't consumers be alerted to that before making a purchase?

"I guess it’s not just Otimmo, but all manufacturers of glass-top stoves.

"We can’t cook in peace. There needs to be clearer guidelines on such possible dangers."