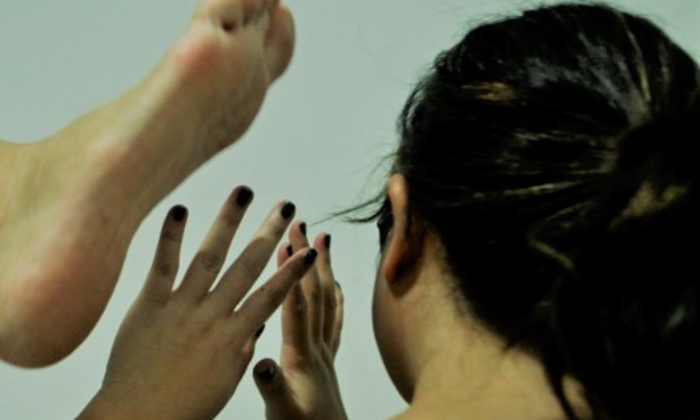 Enraged when her domestic helper said she wanted to quit, the woman rained blows on the victim's head and body while the latter sobbed on the floor.

After the assault, knowing that the Myanmar national would make a police report, Chinese national Bai Yihong, 34, told her to think about her children and said that if things blew up, she would not be allowed work in Singapore.

The victim's name was redacted in court documents.

Bai, who was unemployed at the time and later diagnosed with a major depressive episode and schizophrenia, was jailed for eight months and six weeks on Wednesday (May 25) for the assault and for subsequently trying to get her in-laws to delete CCTV footage of the incident.

Deputy Public Prosecutor Claire Poh told the court that this was not Bai's first assault on the 31-year-old, who worked for the family in their Hougang flat for about a year from November 2019.

On one occasion, Bai shoved her into a storeroom causing her to hit her head against the wall, after she was unhappy with the way the helper did the laundry.

The abuse culminated on the morning of Nov 6, 2020, after the maid stayed the night at Bai's in-law's flat in the same block as she had felt sick, and Bai was afraid she would infect her infant son.

Bai's husband, Mr Chua Bee Seng, her mother, Hai Yulan, then 57, Mr Chua's parents, Bai's infant son and the helper were in the in-law's living room when Bai went up to the flat at about 9.20am to get the helper, who did not want to leave the flat.

She told Bai she wanted to quit.

When the maid started crying, Bai shouted at and threatened her, saying she would accuse her of theft.

She then tried to drag the maid out of the flat by her arm while she was seated.

While Hai told Bai to leave initially, she later joined Bai in pulling the victim's arm to drag her out of the flat. The maid resisted and Bai assaulted her again, including kicking and punching her head repeatedly.

Bai threatened to beat the helper to death and continued her assault on the sobbing woman despite Hai trying to push her away and Mr Chua's mother trying to restrain her.

Mr Chua then raised his voice and told her to stop.

After the assault, the victim's lips were bleeding. Bai thought of a cover-up story to explain to the agent. She also told Mr Chua to call his sisters to delete the CCTV footage of the incident.

The agent arrived at about 11am that day and took the victim to a hospital, where she was found to have a muscle strain on her back, facial contusion, lip laceration, and bruises on her left arm.

The helper made a police report later that day.

Hai was fined $3,000 in December last year for her involvement.

The DPP said the victim is now fearful of loud noises and has a scar over her lower lip. She was out of work for a month and had to pay two months' salary as agent's fees to get another employer. It was not mentioned in court if she is still working here.

Her lawyers, Mr Kevin Liew and Ms Gloria James, told the court that an Institute of Mental Health report found that she was having a major depressive episode which had a contributory link to her offences. However, Mr Liew noted that the episode did not affect her judgment severely.

They also told the court that Mr Chua has since died and Bai has to care for their two-year-old child.

For voluntarily causing hurt to her domestic helper, Bai could have been jailed six years, fined $10,000, or both.

Related Stories
Man scolded maid and punched her in the face 3 times, causing facial fractures
Woman pleads guilty to slapping and kicking maid, at times in front of young son
Woman assaulted maid over work performance, made her do squats for looking 'sleepy'
More About:
maid abuse
Courts
sentence
jailed