Woman gets brutally beaten up in Malaysia MRT lift robbery 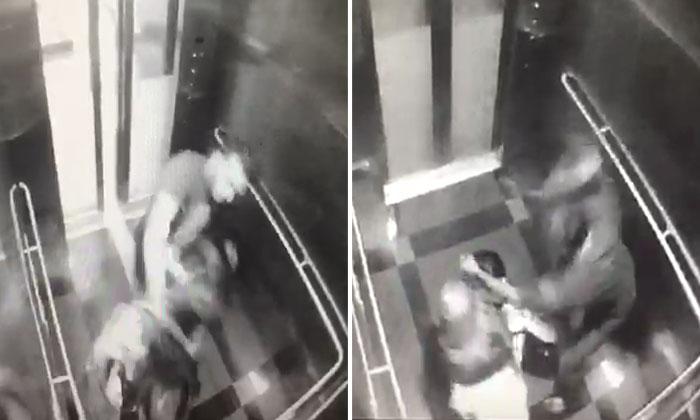 Footage of a woman getting brutally beaten up by a robber inside a Malaysia MRT station's lift has gone viral.

Several Stompers alerted Stomp to the incident and shared the video that has been circulating on social media.

According to The Star, the incident happened on Valentine's Day (Feb 14) in the Kuala Lumpur district of Cheras.

In the video, the man is seen following the woman closely from behind as she enters the lift.

As soon as the doors close, he proceeds to repeatedly punch her.

He drags her across the floor before grabbing her handbag.

The woman tries to hold on to it but this causes the man to punch and kick her more.

When the lift doors open, the man pins the woman to the side of the elevator and stands still so as not to attract attention.

When the doors shut again, he continues his assault on the woman and even beats her with her own bag.

When the woman tries to stand, she is quickly kicked and punched again.

As she stretches out her hands as he ransacks her belongings, she appears to beg him for her bag back.

When the lift doors open at another floor, the man drops the bag after taking out the woman's wallet and runs out of the elevator.

The victim then walks slowly out of the lift.

City Criminal Investigations Department chief Rusdi Mohd Isa said on Friday (Feb 15) the 48-year-old woman suffered multiple injuries to her body and bruises on her forehead and received treatment at a hospital nearby.

"The suspect escaped with the victim's purse, containing her ID and ATM cards, as well as RM400 cash," he added.

He said that the police are focused on identifying the suspect and case is being investigated under Section 394 of the Penal Code.

So far, the police have recorded statements from three witnesses.