Woman gets 2 weeks' jail for role in attempt to cheat insurance firm of $1,128 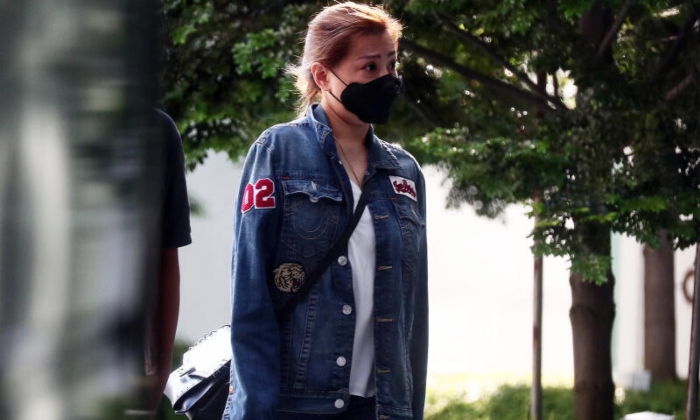 Shaffiq Alkhatib
The Straits Times
May 17, 2022

A woman who was an insurance agent when she worked with a financial services manager to try and cheat insurance firm Manulife of $1,128.57 was sentenced to two weeks' jail on Tuesday (May 17).

The court heard that the money was not disbursed after Manulife conducted a check.

Patricia Quek Puay Yi, 40, who pleaded guilty to a cheating charge, committed the offence with Silver Huang Hsin Tian, 27, in 2020.

At the time of the offence, Quek was working with AIA Singapore while Huang was employed at Pias, a broker firm that deals in insurance.

Their names could not be found on the General Insurance Association's website when The Straits Times conducted a search on Tuesday.

Huang was sentenced to one week's jail on May 10 after she pleaded guilty last month to her role in the ruse.

Separately, Quek was fined $7,000 on Tuesday over an unrelated drink driving charge. She was also disqualified from driving all classes of vehicles for three years from her date of release.

For her cheating offence, Deputy Public Prosecutor Chong Yong said that Quek was at a hotel on June 29, 2020, when she tripped over a barricade rope, fell and injured her right foot.

Three days later, she sent Huang a message via messaging platform WhatsApp, stating that she wished to get an "accidental plan".

Both women knew that Quek's injuries pre-dated her application for the Manulife policy.

Despite this, Huang told Quek in a WhatsApp conversation that she could "just try" to claim under the policy and "see what happens".

The next day, she told Huang via WhatsApp that she had been discharged.

DPP Chong said: "Patricia knew that she had to indicate a date of the accident after the date on which the Manulife policy had incepted in order for her insurance claim to be considered.

"She thus told Silver to indicate a false date of the accident on the claim form, and further told Silver to choose a date after the Manulife Policy had incepted."

Huang then filled up and submitted an accident and health claim form, falsely stating that the date of the accident was July 18, 2020, to try to induce Manulife to disburse $1,128.57 to Quek.

The DPP said: "Silver was shocked at Manulife's level of rigour in verifying the integrity of the claim and told Patricia that she had feigned ignorance when Manulife called her.

"Patricia then encouraged Silver to pretend that she did not know what was going on."

In an unrelated case, Quek met a client at a Gilstead Road condominium, near Dunearn Road, on Sept 14 last year and drank alcohol before leaving at around 4am the next day.

She entered her vehicle and instead of heading towards the exit, she drove onto a footpath leading to a nearby barbecue pit.

The police were alerted and an officer who arrived at the scene noticed that she reeked of alcohol.

Quek was arrested after she failed a breathalyser test. She was later found to have 77 micrograms (mcg) of alcohol in every 100ml of breath. This was more than double the prescribed limit of 35mcg of alcohol in the same amount of breath.

For cheating, an offender can be jailed for up to three years and fined.