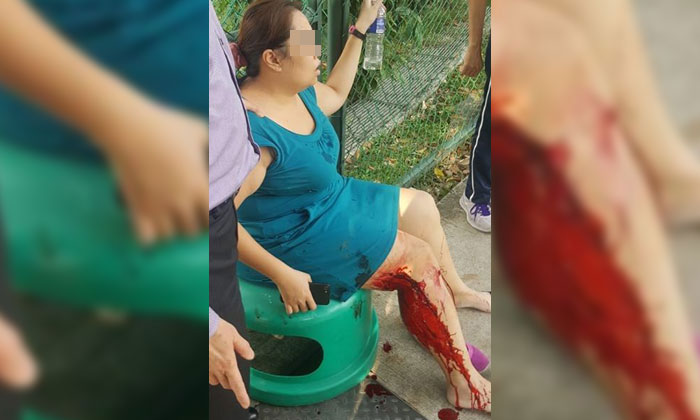 A woman was taken to hospital after she was injured by a wild boar in Punggol on Tuesday (Aug 28).

Stomper Sathiamoorthy alerted Stomp to a photo posted on Facebook of the woman with blood running down her right leg. 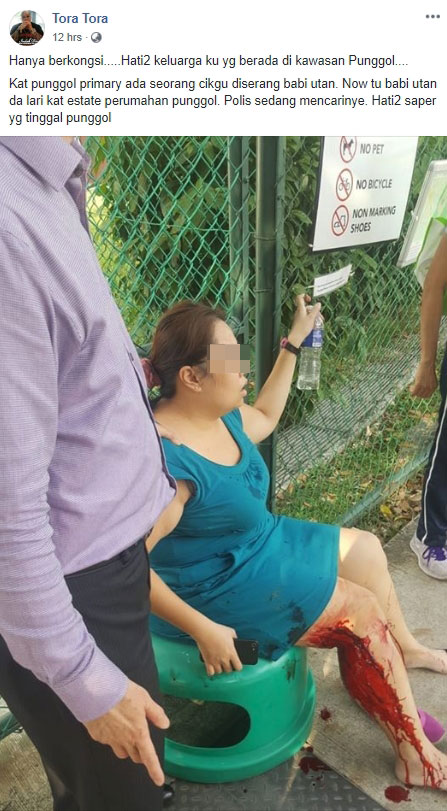 The incident happened near Punggol Secondary School at 51 Edgefield Plains.

The woman in her 30s was taken to Khoo Teck Puat Hospital.

The woman is understood to be an employee of the school, and that she suffered lacerations, reports The Straits Times.

The wild boar was later found at Waterbay executive condominium where it was captured by staff from the Animal Concerns Research and Education Society (Acres).

Mr Kalai Vanan, Acres' deputy chief executive, told The Straits Times that it received a call at about 5pm in the Punggol area.

"To our knowledge, the boar subsequently entered a condominium where it found itself stranded," he said, adding that Acres responded to the case, and sedated and relocated the wild boar.

He added that he believes the wild boar was most likely from Lorong Halus, a wetland located near the eastern bank of Serangoon Reservoir.

It is unknown why the boar was roaming around the area but Mr Kalai said that development works might be a reason.

"Feeding by people may have had a part to play in causing the animal to venture out as well," he said.

This is not the first time a wild boar has been spotted roaming in an urban area.

In July, Stomp reported on two separate sightings of a lone wild boar sighted in Yew Tee HDB estate. The boar was observed to be comfortable around humans leading Mr Kalai to believe it had been previously fed by people causing it to not be shy.

According to the Agri-Food & Veterinary Authority of Singapore (AVA), here is what to do should you encounter a wild boar: