Woman fractures arm after fall: She lost her balance due to 'sudden dip' in Roberts Lane walkway 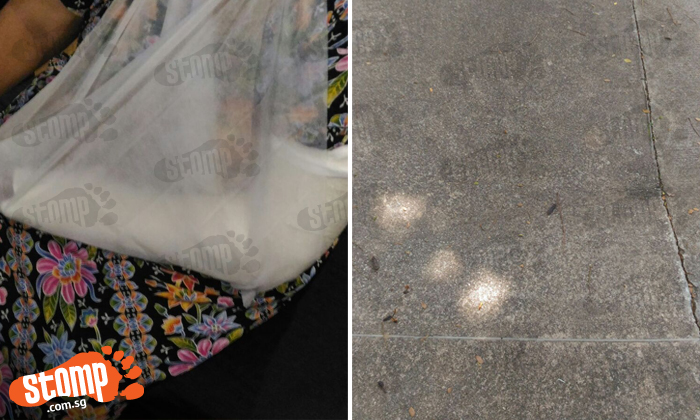 Stomper Sunny's mother suffered a fracture on her arm and was sent to hospital after a fall, caused by an uneven pavement along Roberts Lane.

The incident took place on Sunday afternoon (Mar 26), when his family were on their way to City Square Mall from Race Course Road.

As the Stomper's mother had used her arm to break her fall, she ended up fracturing it. She was subsequently sent to Khoo Teck Puat Hospital.

Sunny, who sent in photos showing a dip in the pathway, said:

"My family consists of my mother, father and sister.

"We decided to take the path parallel to Roberts Lane.

"This was a costly misstep. A sudden dip in the path caused my mother to lose her balance. She fractured her arm as a result.

"The sudden dip may not be apparent in the pictures but it is there."