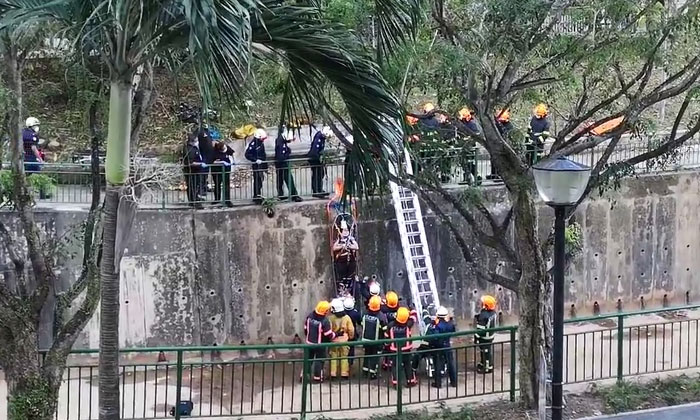 A woman found lying face down at the bottom of a canal in Bukit Panjang has been rescued, said the Singapore Civil Defence Force (SCDF) in a Facebook post on Wednesday night (March 10).

At around 5.50pm, SCDF received a call for help near Block 510 Jelapang Road.

Upon arrival, firefighters from Bukit Batok Fire Station deployed a ladder into the large canal.

SCDF's Emergency Medical Services crew then assessed that the woman had injured her head, hip and legs.

Firefighters and rescuers from the elite Disaster Assistance and Rescue Team carefully secured the woman onto a stretcher, and rescued her with a hoisting system, SCDF said.

More than 10 officers were involved in the operation.

The woman was taken to National University Hospital in an SCDF ambulance. 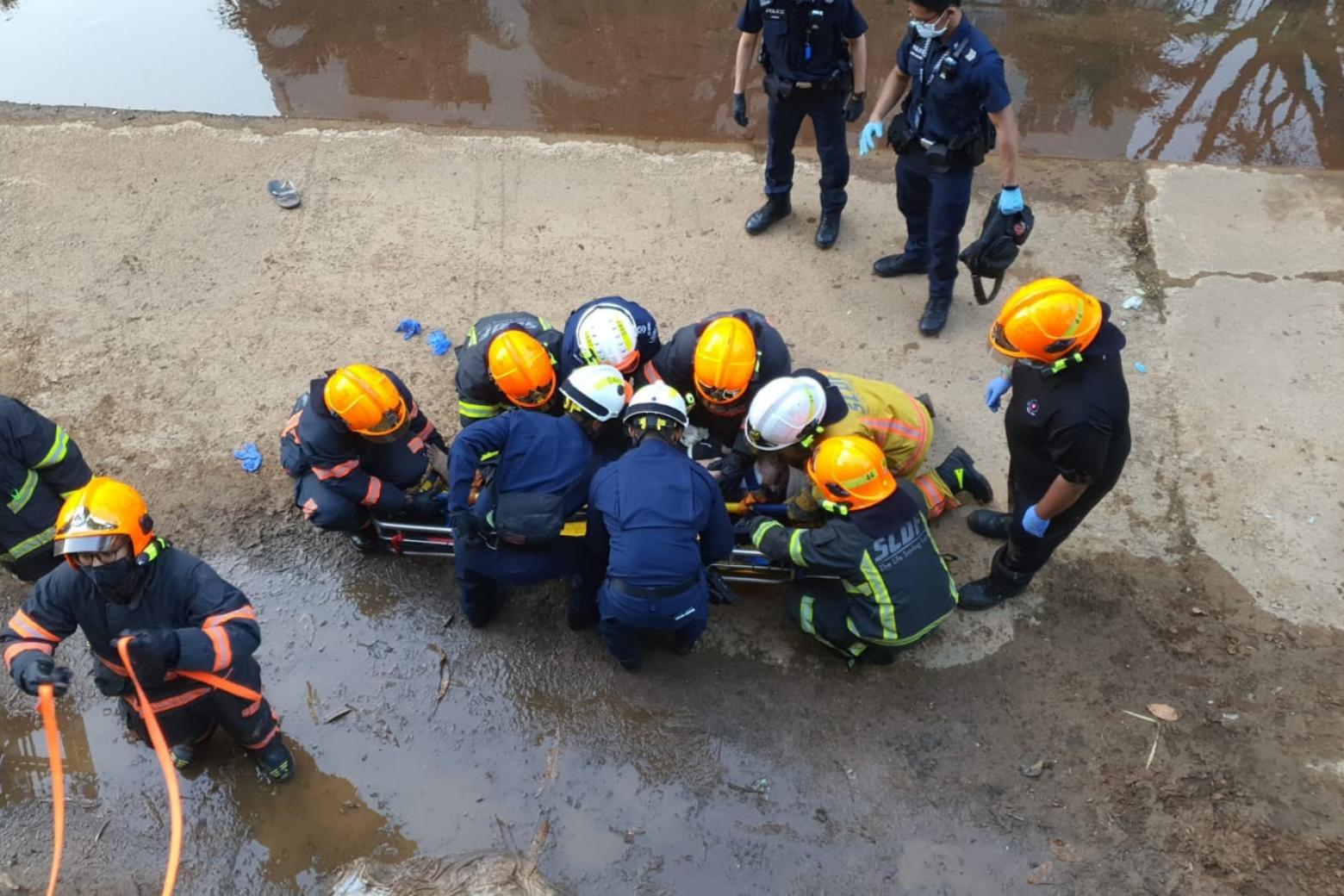 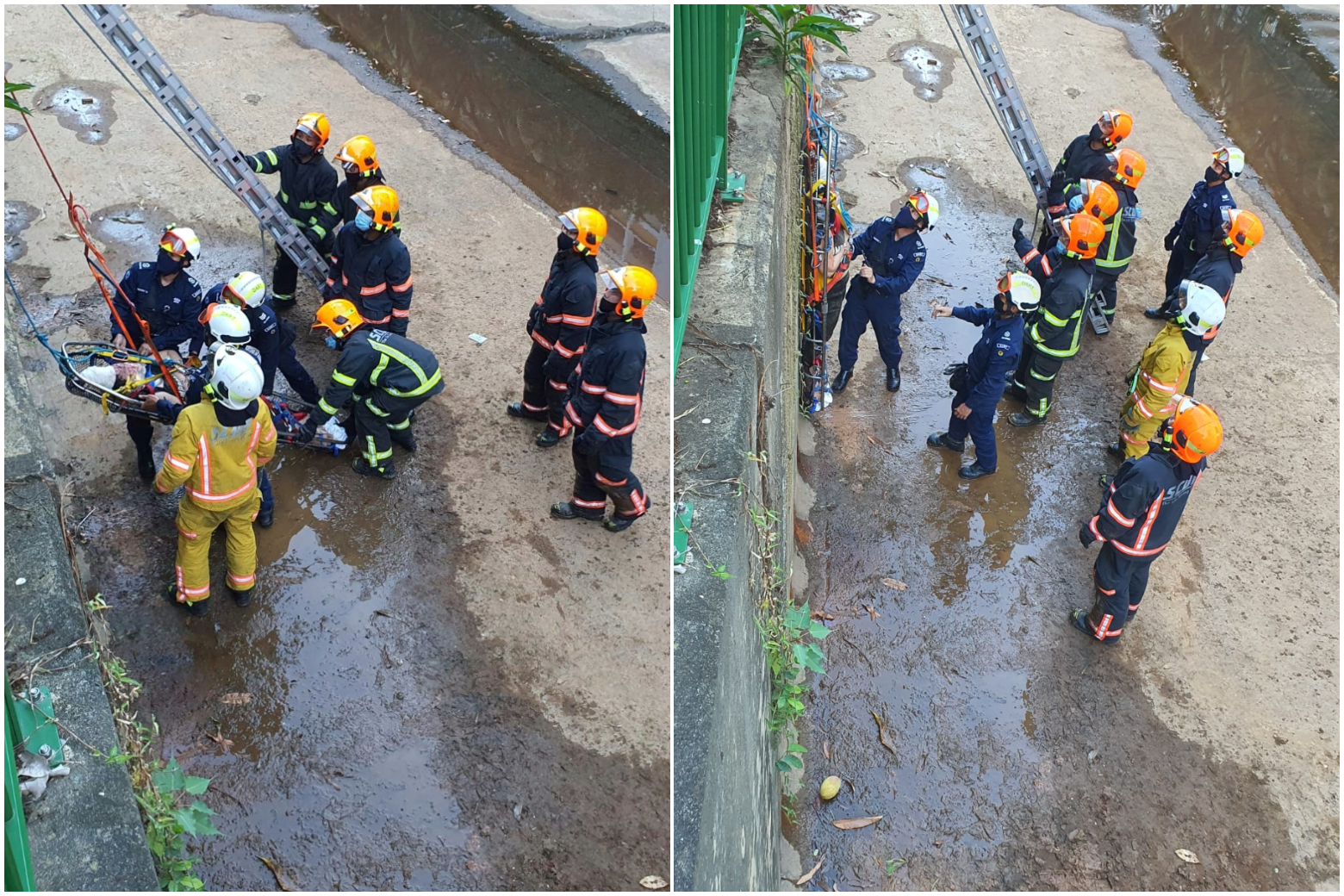 More than 10 officers were involved in the operation. PHOTOS: SINGAPORE CIVIL DEFENCE FORCE/FACEBOOK