Woman forced maid to shower in front of her, pinched her breast and kicked her genitals 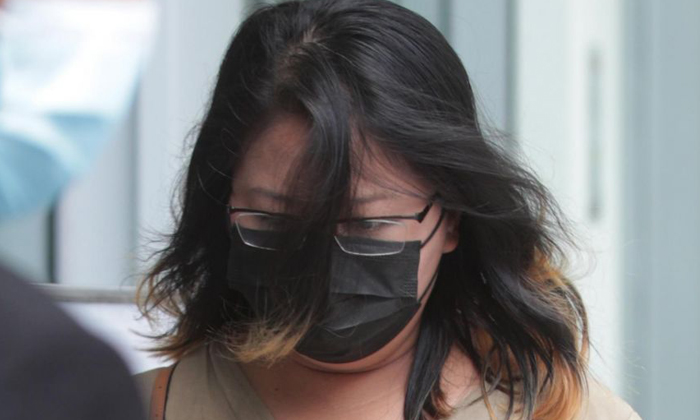 Claiming that her domestic helper was "smelly", a woman forced the Indonesian to shower with the toilet door open and get dressed in front of open windows.

This was part of the abuse Rosdiana Abdul Rahim, 33, inflicted on Ms Mayang Sari in 2017. The domestic helper's age is not stated in court documents.

Rosdiana was convicted on Thursday (July 8) of six charges, including for voluntarily causing hurt to the victim and insulting her modesty.

She was acquitted of a seventh charge - pulling the domestic helper's shirt and bra - as District Judge Salina Ishak was not satisfied that the prosecution had proven this beyond a reasonable doubt.

Her duties included caring for her employer's twin children at Rosdiana's mother's house during the day.

As she still had to do household chores when she returned to Rosdiana's unit at night, she slept at irregular times, the court heard.

Despite this, Ms Mayang was not allowed to take naps during the day and was watched by Rosdiana's family members, said Deputy Public Prosecutor Angela Ang in her submissions.

She also did not have any days off.

In November 2017, the domestic helper was once forced to shower in front of Rosdiana.

Rosdiana had claimed that Ms Mayang was "smelly" and that her towel had an odour as well.

She then pulled the domestic helper's arm and pushed her into the toilet of the flat's master bedroom.

After the shower, Rosdiana then asked the domestic helper to change inside the master bedroom, where the windows were open.

"The victim recalled seeing people outside the windows and was concerned that they would be able to see her," DPP Ang said.

In December 2017, Rosdiana poured baby powder all over the domestic helper's face, until her eyes hurt.

Rosdiana then told the victim that her family would "no longer be around" when she returned to Indonesia if she removed the powder from her face.

On another occasion the same month, she ripped open Ms Mayang's T-shirt, exposing her bra. Rosdiana then pinched the victim on the right breast, before kicking her twice in the genitals.

She later pushed a cupboard door on Ms Mayang's arm, while the domestic helper was retrieving a fresh set of clothes from the cupboard.

The victim made a police report on Dec 12, 2017, after she was sent back to the agency by Rosdiana's husband.

Rosdiana will be sentenced on Aug 17.

For insulting the modesty of Ms Mayang, she could be jailed for up to 1½ years, or fined, or both.

She could be jailed for up to three years, or fined up to $7,500, or both, for voluntarily causing hurt to the domestic helper.