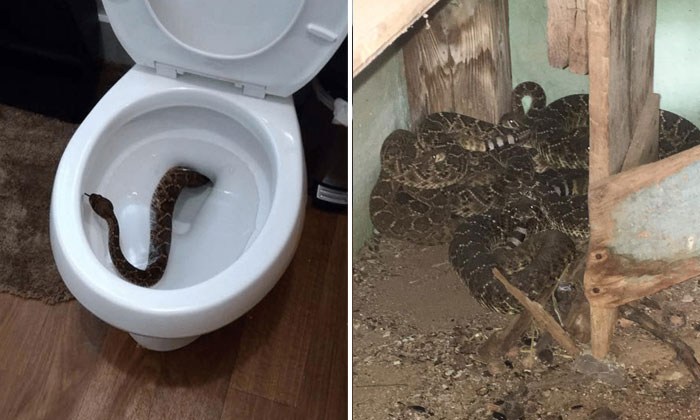 A woman realised her worst nightmare when she discovered a rattlesnake in her toilet bowl.

However, that was not the end of it.

Cassie McFadden from Buffalo Gap, Texas killed the snake with a shovel after her son came running and told her about it, reports Distractify.

She then called Big Country Snake Removal for assistance.

When the owner of the company, Nathan Hawkins, arrived and saw the dead snake in the toilet bowl, he asked the family if he could check the rest of the house for more snakes.

His intuition led him to the storm cellar where 13 more snakes were found huddled together.

After bagging them, he found another 10 snakes under the house, 5 of which were still babies.

The grand total number of snakes found that day was 24.