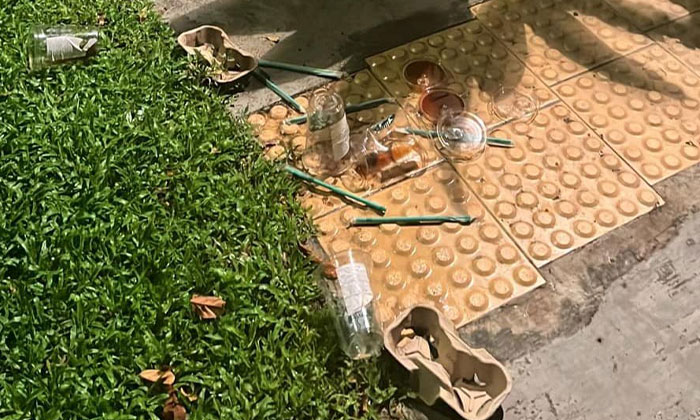 A woman was frustrated when she ordered seven drinks only to find them strewn on the ground near her condominium.

The disappointed customer shared her experience on her business page, Misshopper Boutique on Facebook.

She said she had a gathering with friends on Saturday night (Apr 23) and had ordered seven drinks from Starbucks via GrabFood.

"The order was marked delivered but I did not receive any," she said.

She called the delivery rider multiple times but could not get through and said that she got no response from Grab either.

"We were still worried if the driver had lost his way or had anything happen to him," she said.

"Guess what and where my order went?

"Sent to the floor."

I don't usually like to post people on page but it really pissed me off when one acts with no integrity. It really...

She shared photos of empty Starbucks cups lying on a pathway near her condominium.

She added her friends ended up cleaning the mess the rider had made and that her card was charged despite never receiving the order.

"Mistakes are always forgivable, if one has the courage to admit them," she said.

"But not this driver. No apology nothing!

"Today I post this for awareness as i felt cheated, if it can happen to me, it can also happen to you.

"Don't be afraid to speak up!"