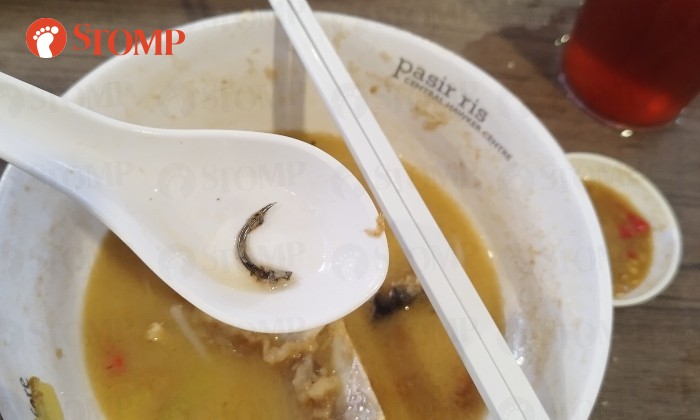 By hook or by cook?

A woman found a hook in her fish soup while having lunch at Pasir Ris Central Hawker Centre on Sunday (Aug 14).

Sharing photos of the hook, the Stomper Emily said she told someone at the stall about it.

"She just said sorry and then continued to serve other customers," Emily told Stomp. "I stopped eating as I was worried that the rusted fishhook would cause tetanus.

"After a while, I returned to the stall and talked to all the three staff members including the chef. I said I treated this as a very dangerous incident. I was just lucky as I chewed slowly. If not, I would now be in the hospital already. The chef didn't think it was his fault as the ingredients were from the supplier. 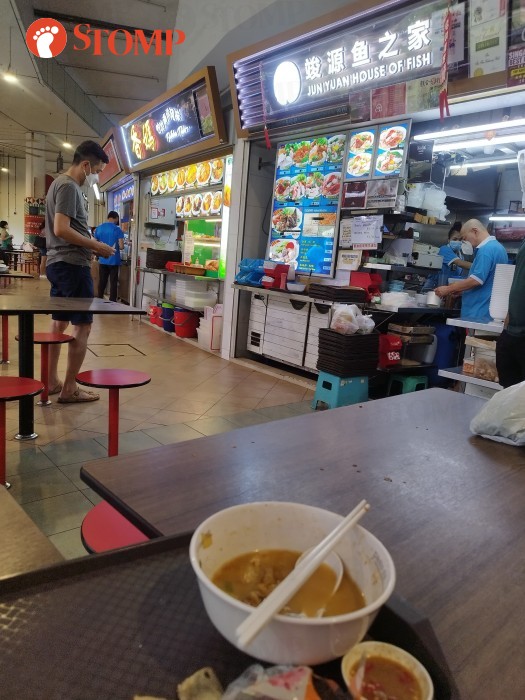 The Stomper said she has filed a complaint with the Singapore Food Agency (SFA).

In response to a Stomp query, SFA said it has received the feedback and is investigating the matter.

Last week, Stomp reported that a woman found a wooden peg in the food from a Kimly Seafood stall in Bukit Panjang.