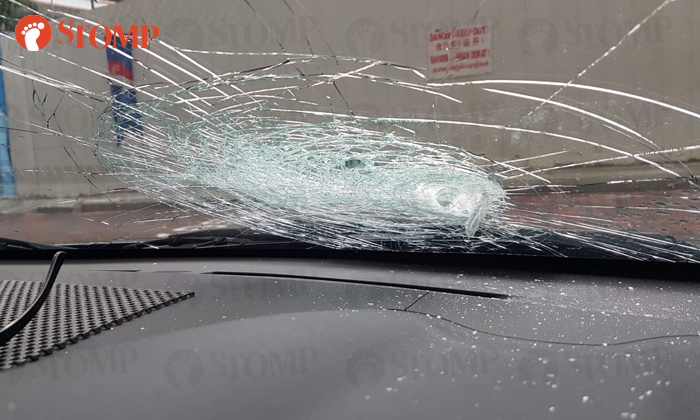 A woman was concerned to find the windscreen of her car smashed after parking the vehicle overnight at an open-air carpark in Sengkang.

Stomper C discovered her vehicle damaged at the carpark of Block 436C Fernvale Road on September 24, at around 6.45am. 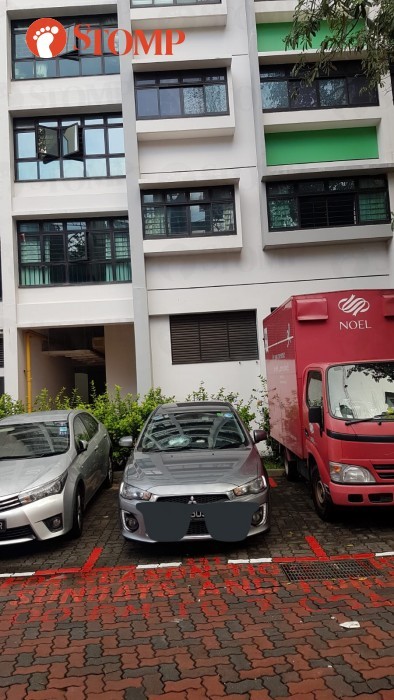 Although the incident occurred in September, Stomper C decided to share her experience after reading a November 3 report about a Fernvale resident whose laundry got stained by inconsiderate neighbours.

C recounted: "I was sending my kids to school when I saw that our car windscreen was smashed. The car had been parked overnight since 7pm the day before.

"We had to drive out with the windscreen in this condition to send the kids to school and then to get it fixed thereafter." 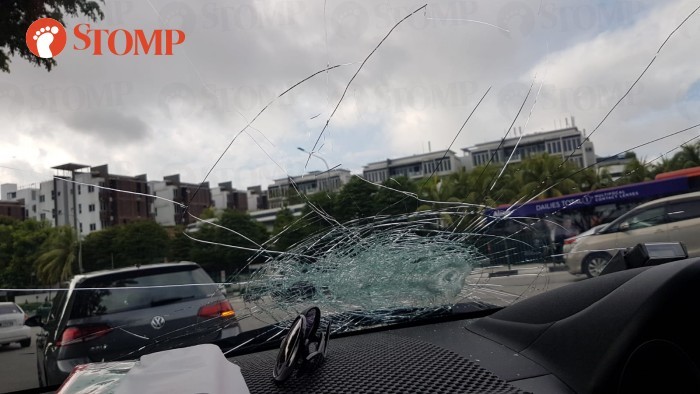 Asked if she believes whether someone had smashed the windscreen deliberately or if it was the result of killer litter, C said: "I can't think of any reason why anyone would smash it purposely.

"There was no debris when we walked over to the car that morning.

"Looking at the damage, it might have been an item that fell from height. The glass had one part that almost poked into the interior.

"Any human would not have the strength to inflict such damage.

"And I never borrow from loan sharks leh.

"When we sent the car to the workshop, there was some other sticky substance on the boot." 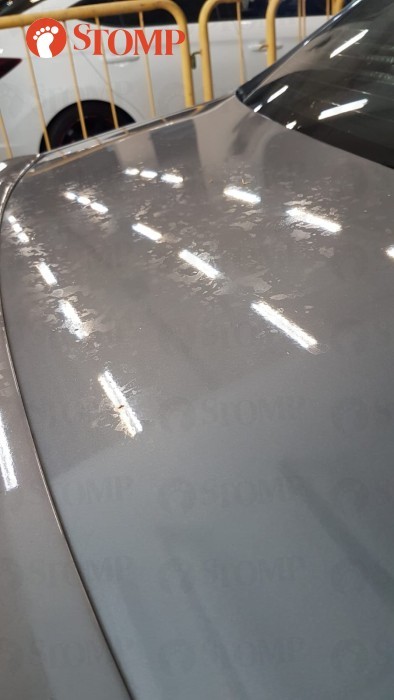 C subsequently reported the matter to the relevant authorities.

She added: "I shudder to think what if someone had walked past when the object fell.

"We don't feel very safe to park there but didn't think of sharing with the media until I saw the Fernvale-curry-on-bedsheets incident on my Facebook feed.

"Perhaps if I share this, there might be others who can step forth to voice out similar experiences too."