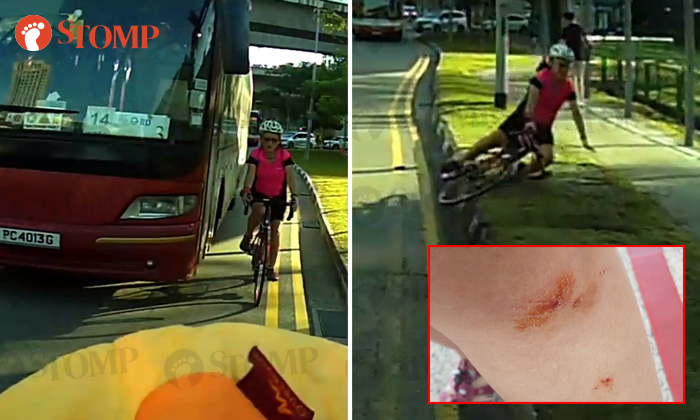 Stomper Johnson Ang's wife was left injured after falling off her bicycle on Saturday morning (Jan 12) -- no thanks to a bus who went too close towards her.

The incident occurred along Choa Chu Kang Road, towards Bukit Batok, at around 8.11am.

Johnson, who was cycling in front of his wife, captured the incident on video.

The 52-year-old recounted: "The coach was travelling beside my wife.

"As it approached my wife, it drove closer and closer, causing her to react instinctively and ride closer to the kerb to avoid the coach."

"As a result, she hit the kerb and fell towards the grass verge," he added.

Johnson said that his wife, 49-year-old Grace Tan, hit her head and sustained abrasions on her left leg as a result. 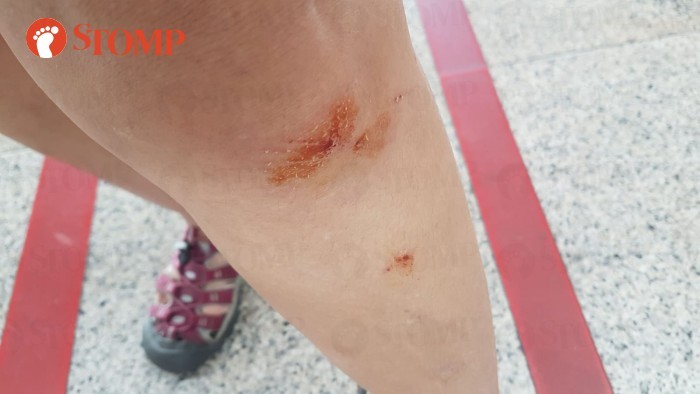 As they were superficial injuries, Ms Tan did not see a doctor.

Johnson told Stomp: "I think it's more of a wrong judgement on the driver's part. He should have slowed down and overtaken with a bigger gap from my wife when the next lane was clear of traffic.

"As can be seen from the video, the green SG Bus overtook safely by driving into the next lane."

Related Stories
Woman knocks elderly cyclist onto road after opening taxi door -- then walks away without helping him
Mercedes knocks down delivery rider at pedestrian crossing -- then simply drives off
Cyclist injured after crashing into ofo bicycle left lying in the middle of Woodlands pathway
More About:
cyclist
injured
Bus
accident
fall