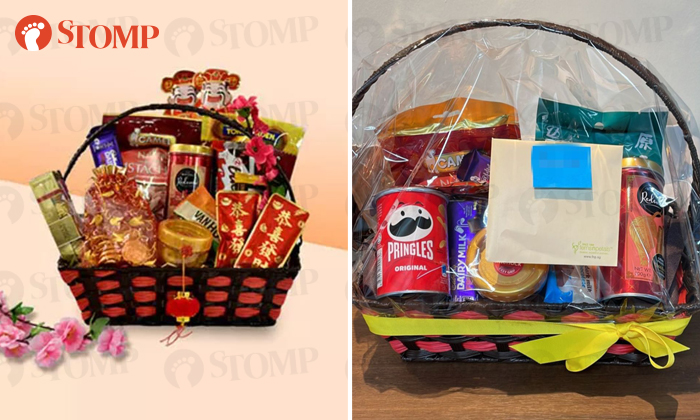 When you splurge on a hamper as a gift, you would want to it to look impressive enough to wow your recipient.

That was not the case for Stomper Busy Bee, however, who was left embarrassed by the hamper that her client ended up receiving.

The Stomper expressed her disappointment in a Chinese New Year hamper that she had ordered from florist company Ferns N Petals.

She felt that the hamper, which amounted to $82 in total, looked nothing like the photos advertised on Ferns N Petals' website. 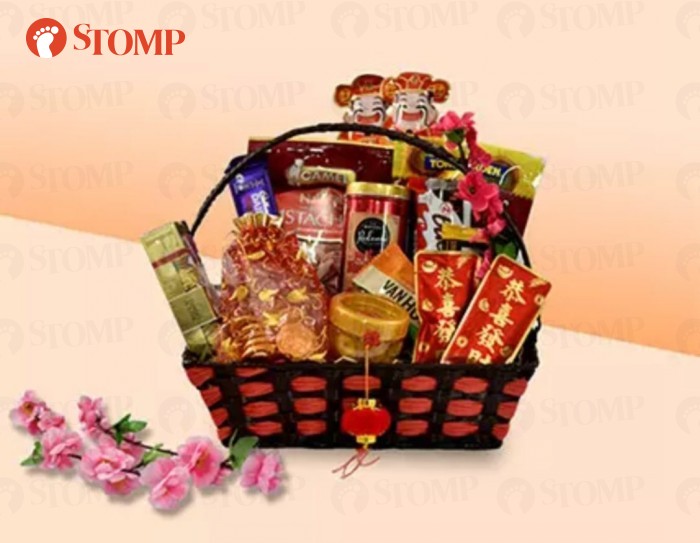 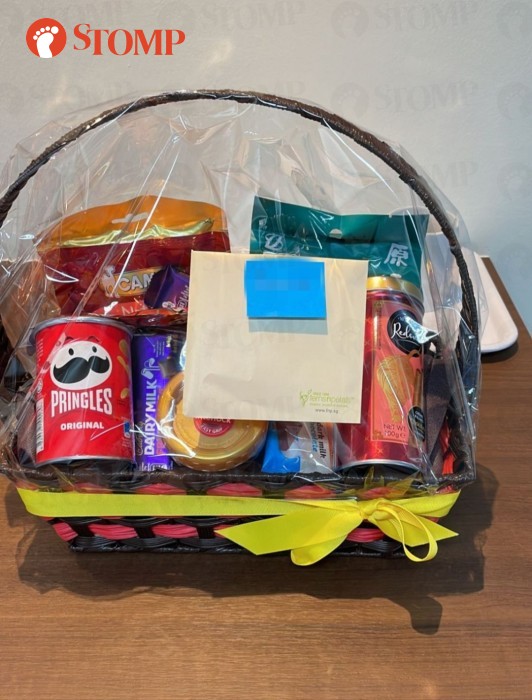 Busy Bee said: "Just sharing for awareness if anyone is thinking of buying hampers for special occasions from Ferns and Petals Singapore. Mine turned out to be very disappointing.

"I ordered a Chinese New Year hamper from them. The picture they posted and the actual hamper that came was a total turn-off. It was so embarrassing that my client from top management received such a horrible and disgraceful hamper.

"The after-sales service was worse than poor as they just left me hanging. They asked me to message them but there was no option to do so on their Facebook page when I checked. The handphone number listed was no longer in service when I called."

Busy Bee eventually managed to get in touch with Ferns N Petals via email, but was further disappointed by their response. 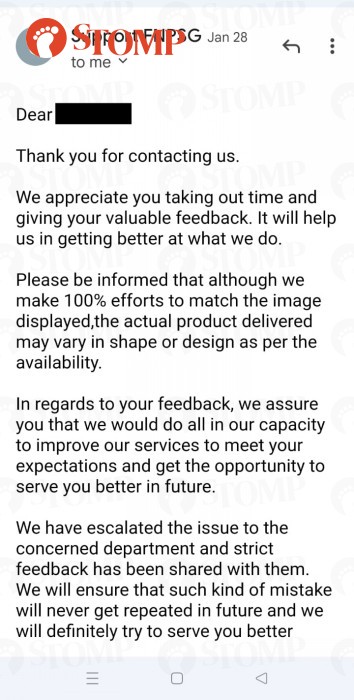 The Stomper was told that while "100% effort" is made to match the photo displayed, "the actual product delivered may vary in shape or design as per the availability."

Ferns N Petals also said it has escalated the issue to the concerned department, adding: "We will ensure that such kind of mistake will never get repeated in future and we will definitely try to serve you better."

Busy Bee told Stomp: "This is the first and last time that I will purchase from Ferns N Petals Singapore."

Ferns N Petals previously came under fire in 2020, when a customer received a $113 cake with a misspelled greeting that said 'Happy Birthday Monter'.

The company later sent a replacement cake and apologised for the mistake.