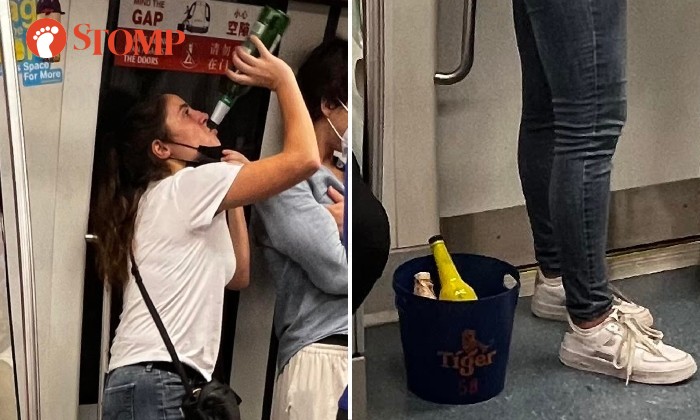 No bar on the train? No problem, they brought their own beer.

Wait, is drinking allowed on the MRT?

No, it is not. Did anyone tell them?

But there are signs on the train. No one should have to tell them.

Stomper Madelyn shared an "interesting" photo she took of a "party" on the train on the North-East Line on Friday (Nov 18).

The photo shows a woman pulling down her mask to guzzle from a bottle with her head tilted back as she stood on the train and a blue ice bucket with the Tiger Beer logo containing more bottles on the floor by her feet. 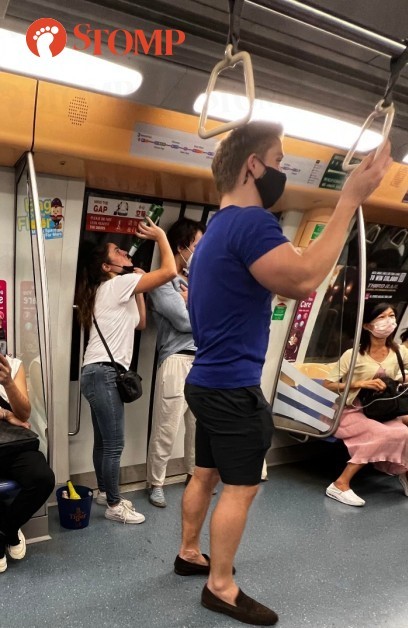 The Stomper said: "This group of people boarded the train at Outram Park station and alighted at Potong Pasir station."

Under the Rapid Transit Systems Act, no person shall consume or attempt to consume any food or drinks while in or upon any part of the railway premises except in such places as are designated for this purpose. The offence carries a fine of up to $500.