Woman disgusted by chicken bones left on MRT seat: 'Some elderly people almost sat on them' 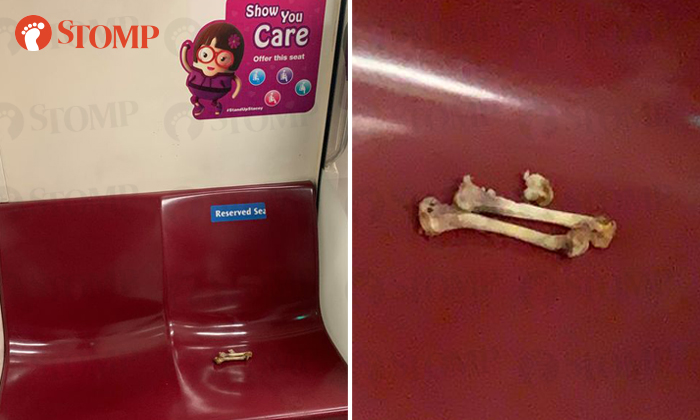 A woman was shocked when she boarded the MRT on the East-West Line and saw chicken bones on a train seat.

Stomper Jing was on her way home and had boarded the train at Buona Vista MRT station on Saturday (Jan 16), at around 8pm.

Jing, who shared photos, recounted: "The bones were already there when I boarded the train and I saw them al the way until I alighted at Boon Lay MRT station.

"I feel that this is so disgusting and don’t understand why this will happen on the train. If it's tissue paper, I can understand. But these are bones! And I don't know whether it's from someone eating on the train or what.

"Other commuters were also shocked and gave a weird face. And some old people didn't see the bones and nearly sat on them.

"I just can't imagine that this will happen on the train."

This is not the first time Stompers have reported seeing chicken bones left on MRT seats.

In a November 2020 article, Stomper Kelly shared how she spotted chicken bones while onboard a train on the North-East Line towards Punggol.

Another commuter also took to Facebook later that month to complain about a similar sight. 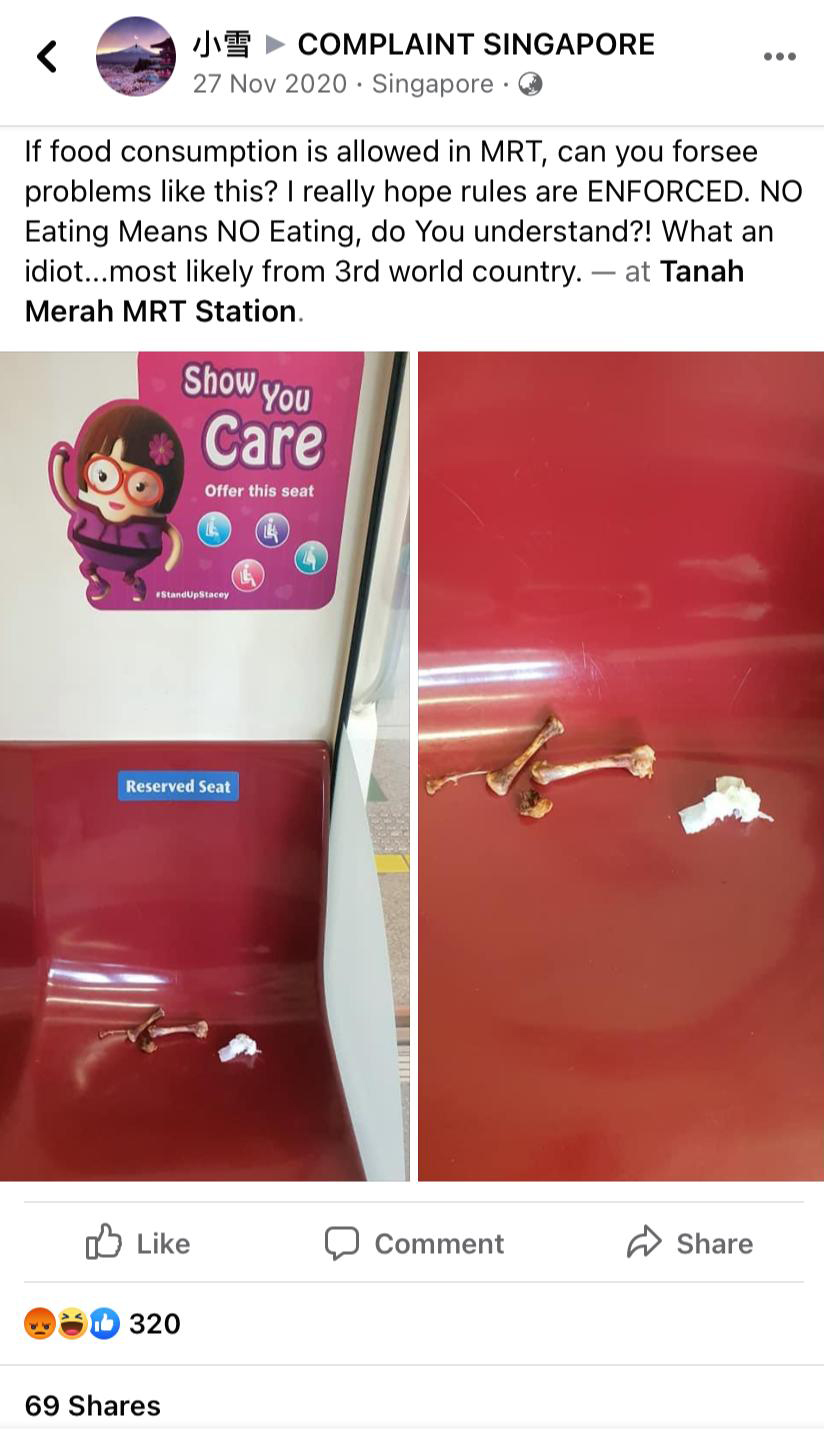 She wrote in her post: "NO Eating Means NO Eating, do you understand?! What an idiot..."

Stomp understands that train staff perform clean-ups when such incidents are reported to them.

Related Stories
Bonehead move: Eating chicken drumlets on train and leaving remains behind on seats
Construction workers lauded for going out of the way to clean girl's spilled coffee on train
See, this is exactly why we aren't supposed to eat and drink on trains
More About:
inconsiderate
train
MRT
disgusting
food