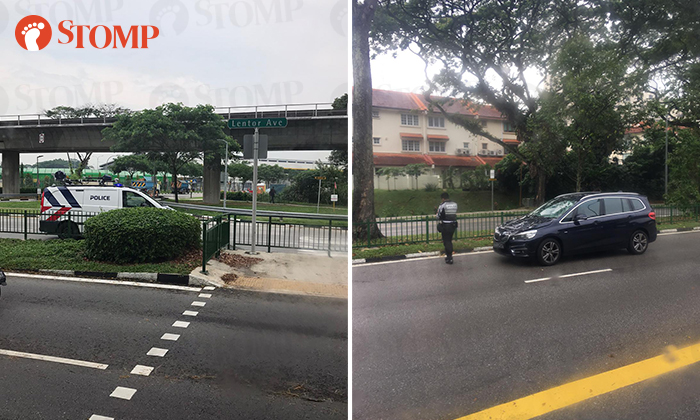 The female pedestrian had pushed the two-year-old boy out of the way before getting hit by the car.

A female pedestrian died after she and a two-year-old boy were taken to a hospital due to an accident along Lentor Avenue on Tuesday morning (Nov 5).

A Stomper was on bus service route 857 at about 12.10pm when she passed by the scene of the accident.

She contributed photos she took from the scene and said: "I was on bus 857 going towards Yio Chu Kang when I saw this.

"I noticed that the bus was slowing down and so I looked out and saw the scene of this accident.

"The accident had already happened, I only saw what was in the photos."

In response to a Stomp query, the police said: "At 10.54am on Nov 5, the police were alerted to an accident involving a car and two pedestrians along Lentor Avenue towards Ang Mo Kio Avenue 6.

"One of the pedestrians, a 30-year-old woman was unconscious when conveyed to Khoo Teck Puat Hospital where she subsequently succumbed to her injuries.

"Another pedestrian, a two-year-old boy, was conveyed conscious to Khoo Teck Puat Hospital.

"The driver, a 44-year-old man, was subsequently arrested for careless driving causing death.