Woman conspired with ex-NTU director and used own husband to cheat university of $191,000 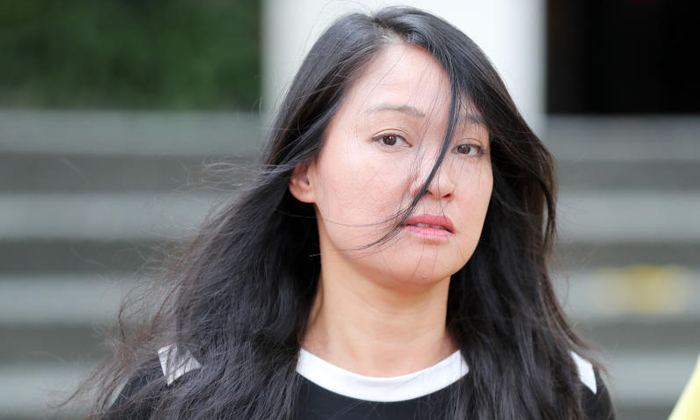 She conspired with a former Nanyang Technological University (NTU) director and used her own husband to cheat the university out of $191,000.

For these offences, Louise Lai Pei Hsien, 43, the former director of IT firm I-KnowHow (IKH), was yesterday jailed for 17 months. She pleaded guilty to five counts of cheating, with another 10 cheating charges taken into consideration.

The court heard that Lai and her co-accused Cheng Choong Hung, also known as Viktor, were former colleagues. At the time of the offences, Cheng was the director of NTUitive. He was also a director at the Institute for Media Innovation (IMI) and chief executive of Techbiz Xccelerator (TBX).

All three are wholly owned subsidiaries of NTU.

Lai set up IKH in July 2014 on the advice of Cheng, who had control over the company, sourcing projects and making business decisions for it.

They agreed to tender for projects at IMI, TBX and NTUitive despite Lai knowing there would a conflict of interest. They also agreed Cheng should not be registered as a director, shareholder, or otherwise in connection with IKH.

In 2014, on Cheng's instructions, Lai prepared a quotation for an IMI bid even though she knew the work would be done by a freelancer, Ms Lu Jiawen.

Lai submitted two invoices to NTU when the work was completed, dishonestly concealing Cheng's involvement in IKH, the quotation and getting Ms Lu to carry out the work.

In 2015, Lai submitted two invoices, also at Cheng's instructions, deceiving NTUitive into disbursing grant money for outsourced work that was instead done by Cheng's subordinate.

In 2016, when she worked as a freelance consultant for NTU, Lai got her husband, Mr Wong Chee Leong, to sign a six-month service agreement under the pretext of him being her assistant, which she knew was false.

Asking for at most 16 months' jail, Lai's lawyer Teo Choo Kee said that apart from the offence involving her husband, Lai did not personally benefit.

Cheng's case is still before the courts, and he faces a total of 120 charges for cheating, money laundering, and engaging in corrupt transactions.