Woman catches man touching girl's leg on MRT, warns others about him on Facebook 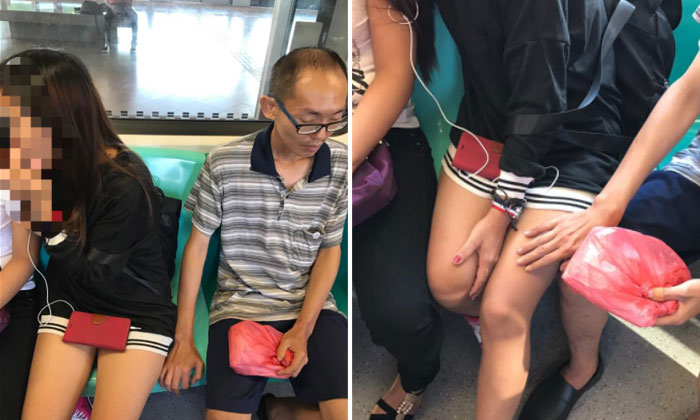 Update on July 7: The man has been charged in court with outrage of modesty.

A man was caught on video touching a girl's thigh while riding the MRT on the East West Line this morning (Jul 2).

She included a video and photos of the man.

In the video, the man appeared to be pretending to sleep but shortly afterwards, glanced down towards the girl's thigh and moved his fingers so that he was touching her.

He appeared to be conscious of what he is doing.

The girl did not move at first and seemed to just lean away from the man and continue her conversation with her friend sitting next to her.

According to Winna, she told the girl to stand up and leave after sensing that the man was up to no good.

In the comments, Winna also said that the man finally alighted the MRT when the girl's friend reached over to slap his hand.

Other commenters empathised with the girl and said that she might not have known how to deal with the uncomfortable situation.