Woman called maid a 'prostitute', abused her till she escaped by climbing down 15th storeys 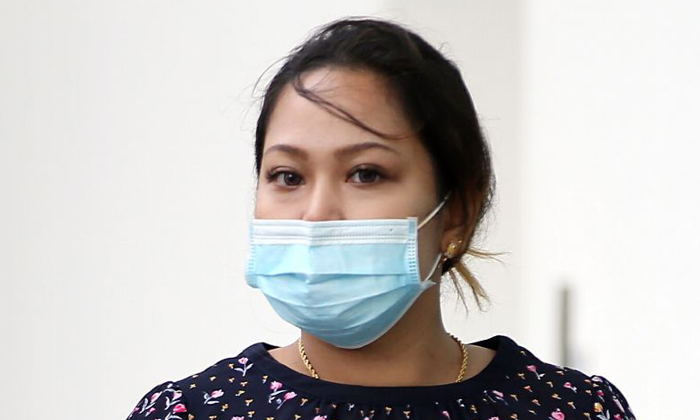 A woman repeatedly abused her family's domestic helper between January and April 2018 by acts such as slapping the woman's face and pulling her hair.

Unable to tolerate any more abuse from Nuur Audadi Yusoff, the Indonesian maid, Ms Sulis Setyowati, 24, climbed out of the 15th-storey flat's balcony and made her way down to the ground floor of the block in Yishun.

At the time of the offences, Nuur was a Singtel employee deployed to support a Ministry of Manpower (MOM) contact centre.

The 31-year-old Singaporean pleaded guilty on Monday (Sept 28) to six counts of assault. Nine other charges, mainly for similar offences, will be considered during sentencing.

Sometime after midnight the following month, Nuur was awakened by her daughter's cries and found that Ms Sulis had forgotten to apply ointment on the child's stomach.

Enraged, Nuur spat at the maid and slapped her face twice. The abuse continued in February 2018 by acts such as dragging the maid by her hair.

When Ms Sulis asked for a transfer, Nuur promised not to hit her again and the younger woman continued working there as she needed to send money home to support her child.

Deputy Public Prosecutor Chong Kee En said that on April 11 that year, Nuur even took Ms Sulis to MOM to report on the maid's former employer over wages still owed to her.

"The victim felt grateful to her for this," said the DPP.

But Nuur broke her promise and went back to her old ways just 10 days later when she scrolled through Ms Sulis' mobile phone and found that the maid had uploaded pictures of Nuur's children on Facebook.

DPP Chong said: "The accused was upset at the photos. She was angry and slapped the victim on her face with the phone and with her hand several times before throwing the phone to the ground, causing it to crack. The victim's face was bleeding and there was redness. She cried."

The court heard that Nuur confiscated the device and assaulted the maid almost daily for about a week after this.

On April 29 that year, Ms Sulis managed to retrieve her mobile phone and hid it as she wanted to call her agency to ask for a transfer.

When Nuur realised that the phone was missing, she confronted the maid, who denied taking it.

That night, Nuur made Ms Sulis sleep in the living room. She locked the door of the maid's room and the flat's front door to prevent the maid from escaping.

Ms Sulis was sitting on the floor the next day when Nuur pulled her hair and kicked her head a few times before leaving for work.

When Nuur returned home that evening, she called Ms Sulis a "prostitute".

Nuur also asked the maid if she wanted to seduce her husband and became angry when the maid misheard her and replied: "Yes, ma'am."

Nuur then used a broom to repeatedly strike the maid's head and back.

Ms Sulis decided to run away at around 2am the next day and escaped through the balcony as the front door was locked.

The DPP said: "She climbed down 15 storeys, clambering down balcony by balcony, before she managed to reach the ground floor. The climb took her all of early morning."

On the advice of her agent, she lodged a police report that afternoon, said the DPP.

She later went to Khoo Teck Puat Hospital, which found bruises and wounds on her.

For each count of maid abuse, she can be jailed for up to three years and fined up to $7,500.