Woman buys $85 hamper for sick mum, gets charged $116 for item that looks nothing like ad 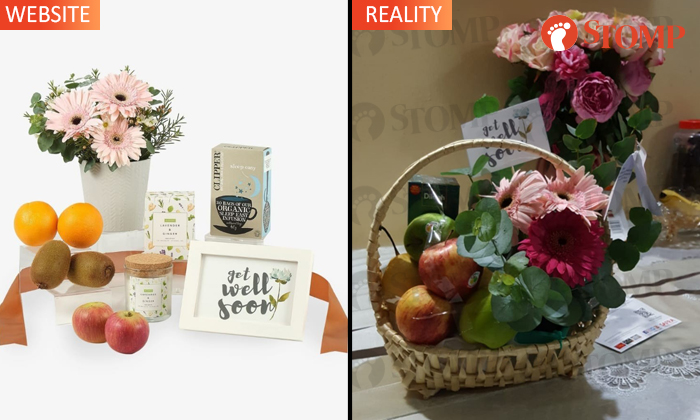 Stomper Sasha ordered a gift hamper for her mother from a flower delivery company, but was sorely disappointed when the item looked nothing like its advertisement.

Sasha, who is overseas and wanted to do something nice for her sick mother here, decided to purchase a get-well-soon hamper from Her Flowers on Saturday (Nov 23).

Her Flowers, which touts itself as "Singapore's Top Rated Flower Delivery Company", also stated "Happiness Delivered" and "Happiness Guaranteed" on its website. 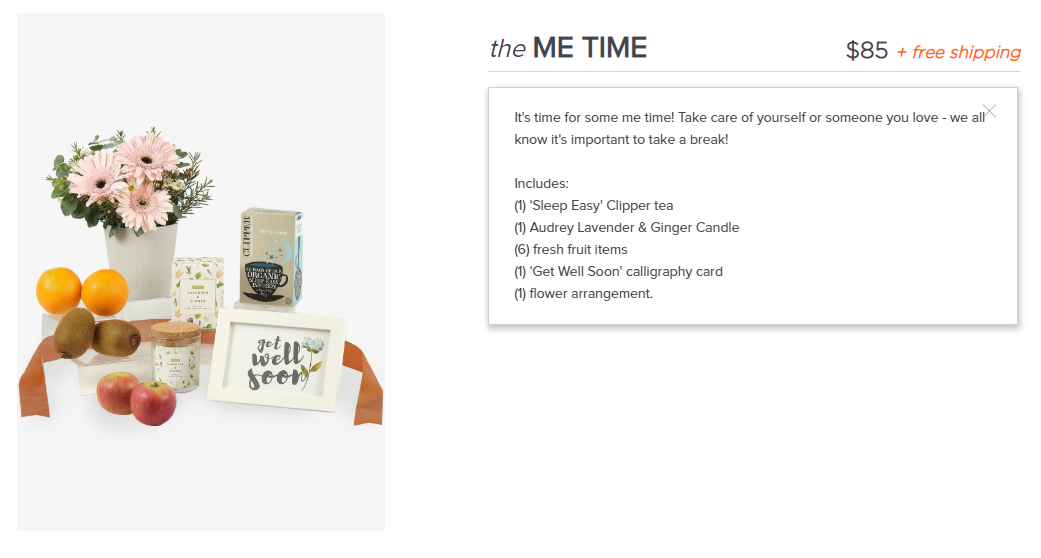 Sasha chose a 'Me Time' hamper that costs $85 and is supposed to consist of flowers, fruits, a box of tea, a scented candle and a card.

However, what her mother ended up receiving looked drastically different from what was promised: 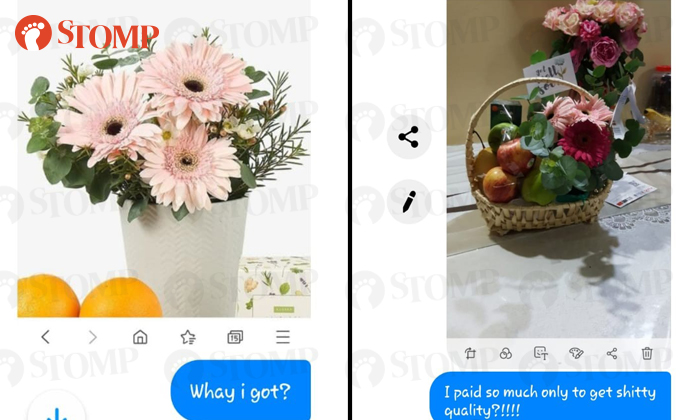 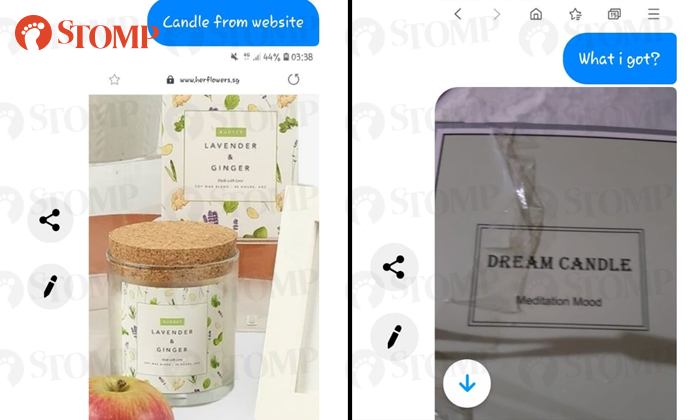 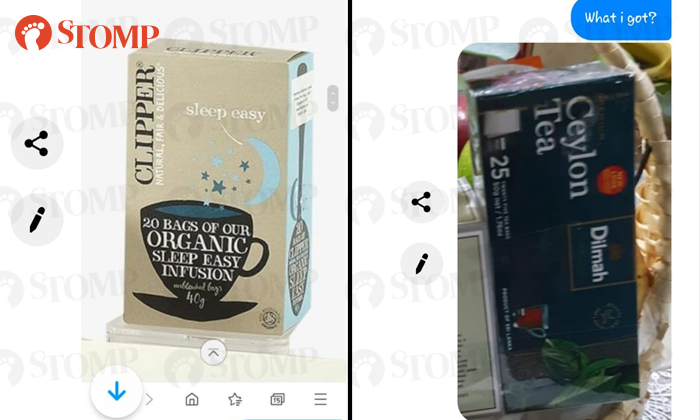 Sasha told Stomp: "I was really embarrassed when my mother showed me what she had received from the courier.

"At first she was grateful about the hamper, then I realised it was not the same as what I ordered, and she was kinda upset too after finding out about it.

"I feel like every item in the advertisement was replaced with cheap stuff. If it's just one thing then it's okay, but it's everything, which is why I am very upset."

The Stomper was further appalled when she realised that she had been charged US$85 ($116.45) instead of S$85, despite Her Flowers stating on its website that "payments for all orders shall be made in Singapore dollars". 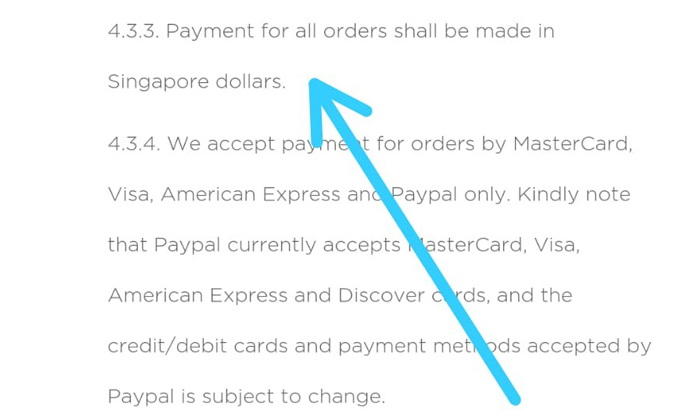 Sasha then contacted Her Flowers on Facebook to provide feedback about the unsatisfactory hamper. She also requested for a refund.

In screenshots that she shared with Stomp, Sasha is told that all products shown on the Her Flowers website "are for illustration purposes only and may not be the actual item".

Her request for a refund was denied too. 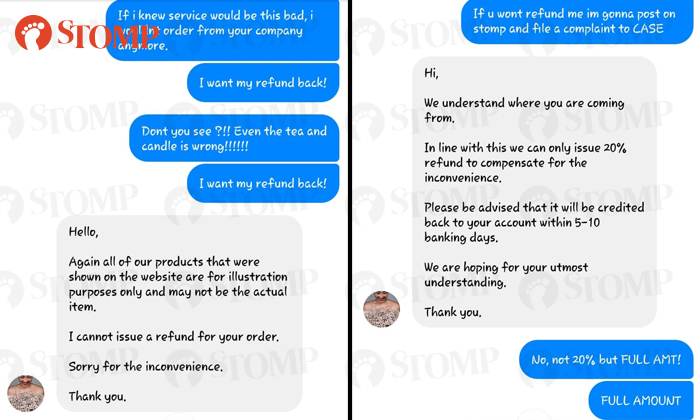 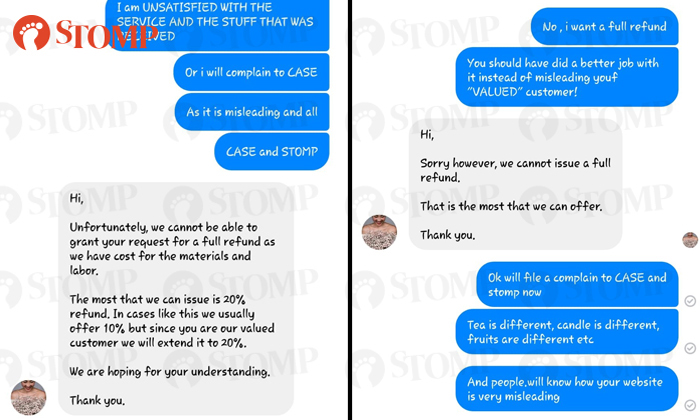 When Sasha expressed dissatisfaction with this, Her Flowers agreed to issue a 20% refund "to compensate for the inconvenience".

They also said that a full refund cannot be granted due to material and labour costs.

"In cases like this we usually offer 10% but since you are our valued customer we will extend it to 20%," said Her Flowers, adding that this was the most that they could offer.

Sasha told Stomp: "The entire experience has been very tiring.

"I have been busy emailing them to and fro since that day till today, asking for a full refund etc.

Her Flowers did not respond to Stomp's queries by press time.

View the gallery for more screenshots of the full conversation.