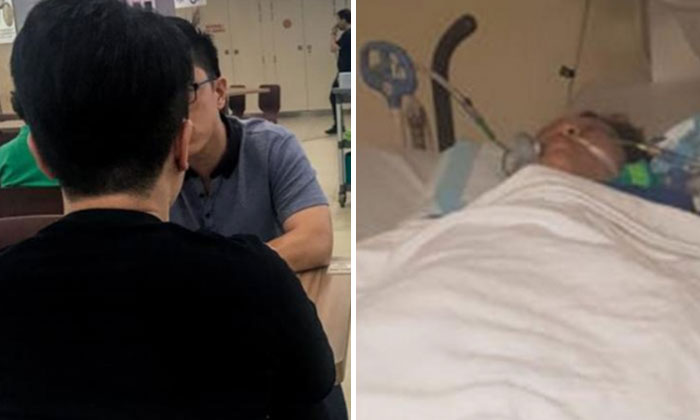 A 60-year-old woman was pronounced brain dead after an accident with a cyclist while strolling along the Tampines Park Connector near Block 495E Tampines Street 43 at about 8pm on Sunday (June 3).

A 17-year-old cyclist has been arrested by the police for causing injury via a rash act in relation to the incident.

Madam Violet Poh is currently on life support at Changi General Hospital (CGH) after suffering severe trauma to her head.

Mr Toh told reporters that his mother had been strolling alone in the park during the time of the incident.

“It was already 11pm and she did not return so we got worried and called the police.

“It was through the police that we found out that she had been hit by a someone on a bicycle and was seriously injured.”

Madam Poh’s family rushed down to the hospital but by then, she was already in a coma.

“The doctors told us that my mother had fractures on her skull and blood clots in her brain.

“Her condition was so severe that she was already brain dead.”

In response to media queries, a police said they were alerted to the accident at 8.04pm, and a 60-year-old woman was conveyed unconscious to CGH.

The Singapore Civil Defence Force (SCDF) said that it had been alerted to be on standby to receive Madam Poh and she had been unconscious en route to the hospital.

It is believed that the cyclist is a food deliveryman, and had been working at the time of the incident.

According to Lianhe Wanbao, the cyclist had been looking at a map on his phone and only noticed Madam Poh standing in front of him after looking up.

He apparently collided with the Madam Poh and both of them fell to the ground.