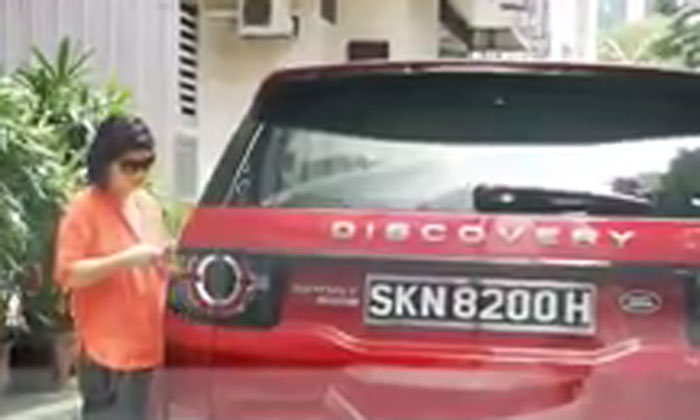 A woman was caught on video blocking a one-way road with her Land Rover Discovery and taking her time to drive off despite another motorist honking at her.

The video starts with the woman indicating for the driver recording the video to wind down his window so she can talk.

However, he refuses to do so and instead sounds his horn repeatedly.

The woman shrugs and then walks away.

Arvin wrote in his post: "This lady stopped her car right in the middle of a one-way lane and blocked all the cars behind from moving, but acts like she had done nothing wrong and take her own sweet time taking things, looking at her phone.

"Passenger from the car behind also cannot take it, came down to talk to her.

"Is this considered road hogging?"

Another woman is seen approaching the Land Rover driver and they appear to speak calmly while gesturing at the car behind her.

Shortly afterwards, she gets into the driver's seat and finally drives off.

Several netizens blasted the woman and called her "self-entitled".

However, others questioned what might have caused her to block the way and wondered why the other driver did not give her a chance to explain herself instead of simply honking at her.