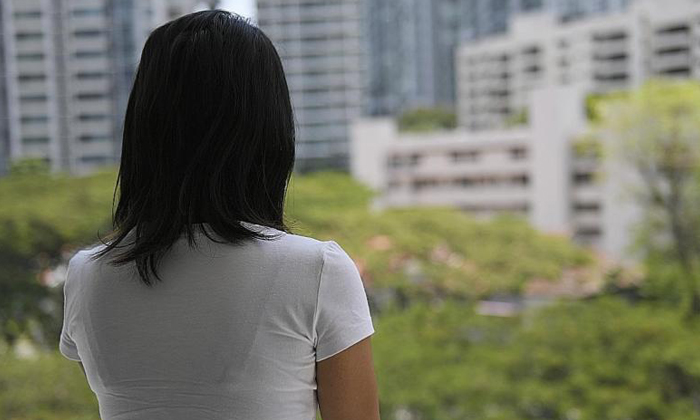 She is now blind in one eye and has only 80 per cent vision in her other eye.

She is covered in scars and has been in and out of the hospital at least five times.

Jane (not her real name) even had a brush with death when her abusive ex-boyfriend hit her until her windpipe collapsed.

In their relationship of five to six years, which started when she was about 22, Jane had been beaten with such objects as a hammer and a screwdriver.

Her abuser also sexually assaulted her and left her permanently scarred physically and emotionally. Jane, now 30, still fears that he may reappear in her life.

In an interview with The New Paper, Jane said that she did not leave her abuser at first because she loved him and also because he made her believe his abuse was brought on by her actions.

She said: "I believed that it was really because I did something wrong. I felt I did not do things well."

Her ex-boyfriend also forbade her to have contact with friends and family, going so far as to lock her in their home.

When she tried to escape and get help, he tracked her down each time and threatened her and her family.

Out of fear, she would return to him. Her frightened family then severed ties with her.

Jane said that when she ended up in hospital after she was abused again, she called her mother to ask for her forgiveness but was rejected.

"I finally escaped one day and moved to my sister's new home so he couldn't track me down, but I still have the scars to remind me of what he did to me," said Jane, who is now happily married and reunited with her family.

Another victim, who met her boyfriend at 16, was choked, slammed against a wall, kicked, punched and threatened with a knife.

He began abusing her just two months into their courtship. Two years later, she got pregnant and married him, thinking the baby would change him. But he continued beating her, even when she was carrying their baby.

These women are just two of the many victims of intimate partner violence that Pave, a non-profit organisation that promotes healthy relationships, has seen over the years.

Unfortunately, many are still reluctant to report their abusers and remain in such toxic relationships for years.

Law and Home Affairs Minister K. Shanmugam said many victims have been conditioned to believe they cannot walk away from such relationships. They feel helpless, with nowhere to go and no one to turn to for help.

He said at an event commemorating Pave's 20th anniversary and the 10th anniversary of Dating Violence Awareness Week yesterday: "Every case is one case too many. We have to stop this."

Mr Shanmugam referenced a 2012 study by Pave that shows one in three unmarried people in Singapore, aged 15 to 34, had faced some form of abuse in their relationships, from verbal to physical and sexual.

He added that out of these, two-thirds had their first abusive relationship in their teens, and one in five was abused while still dating.

As unmarried victims cannot apply for personal protection orders under the Women's Charter, it would take some time for them to get protection via magistrate's complaints or under the Protection from Harassment Act (Poha), Mr Shanmugam said.

But this will change soon, he added.

"The changes we are making to the law, whether under Poha or the Penal Code, recognise that people need quick justice."

Poha, passed in 2014 to cover areas like bullying and sexual harassment, is set to be amended in the coming months.

The changes include the setting up of the new Protection from Harassment Court, from which those at risk of violence can seek legal protection such as an expedited protection order within 24 hours.

Mr Shanmugam and Pave executive director Sudha Nair stressed that to prevent abuse and harassment, young people must be taught what a healthy relationship is like and how to get out of relationships that show signs of becoming abusive.

As part of Pave's campaign to educate youth, it listed some ways the public can step up to help a victim.

Stressing that love is respect, Pave said it is important that victims and would-be victims know how they should be treated by someone who claims to love them.

At the event, Pave set up a wall for attendees to leave messages of hope and encouragement.

Mr Shanmugam left a message that said: "Love is everything, it is the essence of life and anything that undermines love - undermines life.

"Not respecting someone you claim to love - is the very opposite of love."

Related Stories
Ah Boys To Men actor and YouTube star break up in vulgar, dramatic exchange on social media
Chinese model claims BF who has been abusing her for 3 years caused her chest to become out of shape
Jiang Jinfu's model GF reveals more details about abuse: 'When it got serious, he would use a hammer'
More About:
abuse
couple
relationships
dating
violent