Survivor of BF's assault now hopes to help others: 'I put up with the abuse as I was scared to lose him' 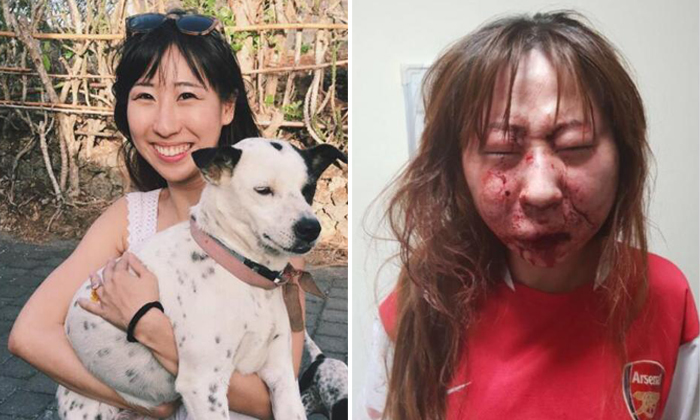 A woman who was left with multiple facial fractures after being assaulted by her then boyfriend has opened up about her harrowing experience.

It was earlier reported that Clarence Teo Shun Jie was sentenced to three years, six months and two weeks' jail with four strokes of the cane after pleading guilty to assault charges. He was also fined $4,000.

The abuse culminated on Aug 26, 2017, when Teo "became enraged and turned aggressive" after Ms Lim expressed reluctance to have sexual intercourse with him.

When she tried to leave his bedroom to escape from him, he pursued her, forced her back into the room, and locked the door. He then assaulted her.

Teo was subsequently arrested, and Ms Lim was taken to the Singapore General Hospital where she was hospitalised for 21 days. 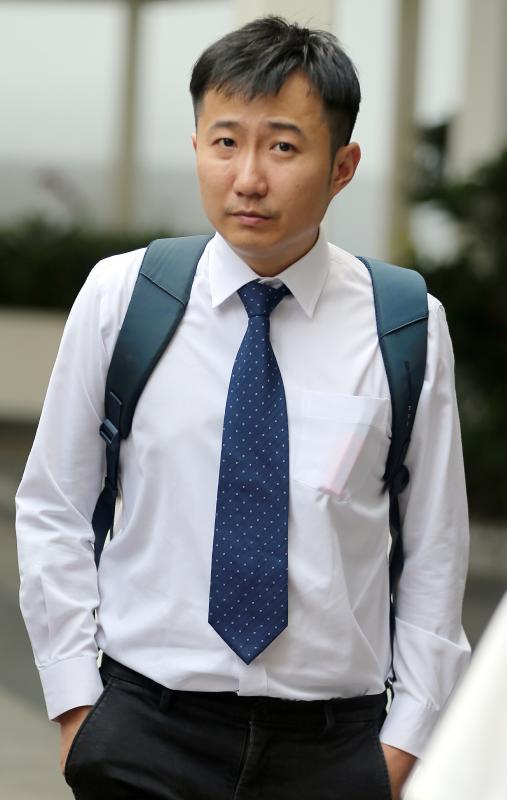 (Clarence Teo Shun Jie attacked Ms Rachel Lim En Hui at his Redhill flat on August 27, 2017, when she expressed reluctance to have sex with him. He was also accused of wrongfully confining her when she tried to leave his bedroom to escape from him. Photo: The Straits Times)

Ms Lim, 28, has since opened up about why she forgave Teo time and time again despite the abuse and repeated beatings.

She told Lianhe Wanbao in a report on Thursday (June 25): "Many people have asked why I was so foolish, choosing to forgive him instead of leaving him even after being beaten up.

"Truth is, he was not always violent. Sometimes he treated me like a princess and I felt like I was living in a fairytale. I became attached to him and could not escape this vicious cycle.

"I grew up in a violent family so when he hit me, I didn't think it was a big deal.

"Whenever he treated me well, I was really happy. No one has ever treated me so well, so I was very scared of losing him."

According to Ms Lim, Teo had told her that his ex-girlfriends often deceived him so he did not trust women.

She shared: "I was very naive at that time and wanted to prove that I wasn't that sort of girl.

"Whenever he hit me, I would comfort myself by saying that at least the beating wasn't as bad as the previous time, so it was okay.

"There were also many people who thought that I had done something wrong to provoke him. But the truth is, it was always abrupt whenever he flared up for no reason.

"I always believed him whenever he said he would change. I knew I was deceiving myself but I didn't dare to face up to reality."

Ms Lim has since undergone psychological treatment and walked out from the shadows of her past. She now hopes to help other women by sharing her experiences on her blog.

She is also currently dating someone who is supportive of her.

Ms Lim said: "It's not love if someone turns violent on you when they are angry. If you believe that you can change someone who is abusive towards you, then why does the abuse happen time and time again?

"I want to tell all the women in similar situations that you must believe in yourself. You deserve the love, care and respect of others. You will definitely find someone better for you."

Related Stories
Doctor who assaulted GF multiple times also poured apple juice on her and turned on air-con
Doctor who beat up GF after she refused sex, left her with multiple facial fractures found guilty
Doctor who allegedly beat up then GF over sex says he has "very little control" when drunk
Doctor accused of assaulting then GF over sex says he is alcoholic: "I don't remember anything"
Doctor allegedly punched girlfriend's face after she refused to have sex with him, caused facial fractures
More About:
assault
attack
abuse
doctor
couple
injured