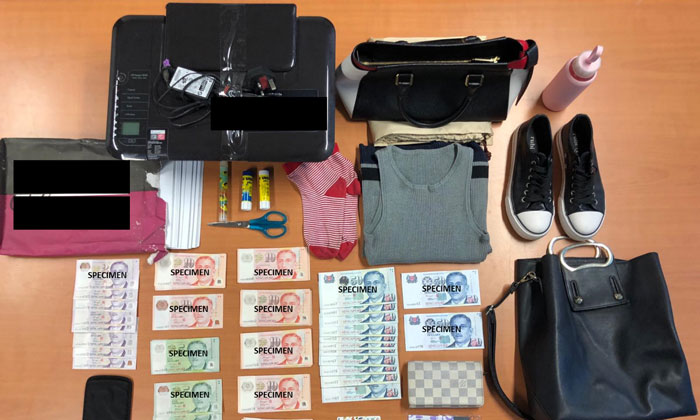 A 30-year-old woman was arrested for using counterfeit $50 notes on at least 10 separate occasions, the police said in a statement.

The police had received multiple reports between June 16 and 20 that counterfeit $50 notes were presented for payments at retail outlets and convenience stores located in the Hougang and Tampines housing estates.

After conducting extensive ground enquiries, officers from the Commercial Affairs Department established the identity of the woman and arrested her along Hougang Avenue 2 on Sunday (June 23) at about 9am.

Two pieces of S$50 notes, which are believed to be counterfeits, a printer, printing paper, stationery, apparels, an EZ-Link card, cash amounting to more than $1,200 and two handbags were seized as case exhibits.

Preliminary investigations revealed that the woman is believed to have printed several pieces of $50 notes with her own printer and used the counterfeit notes on at least 10 occasions to purchase items of low value.

She is also believed to be involved in a case of theft in dwelling reported in February.

The woman will be charged in court on Monday (June 24).