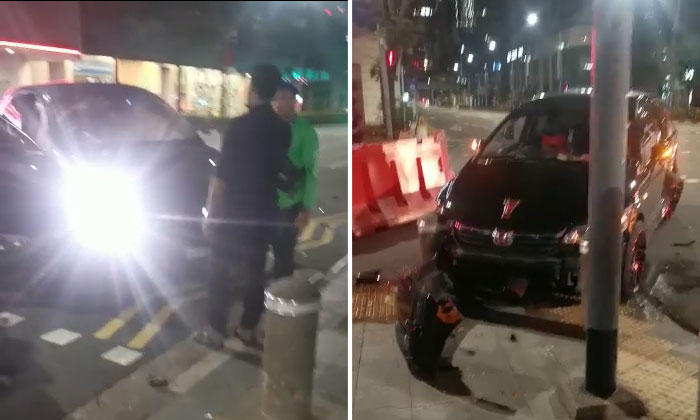 A 33-year-old woman was arrested for suspected drink driving and careless driving after the Ferrari she was driving was involved in an accident with a Honda car near Lau Pa Sat on July 16.

The police told Stomp they were alerted to the accident involving two cars at the junction of Robinson Road and Boon Tat Street at 11.02pm.

Stomper Dean alerted Stomp to the incident and shared a video taken at the scene that has been circulating on WhatsApp.

In the video, a man is heard saying that the Ferrari "tumbled three times from the main road" before coming to a stop.

He describes how people are helping to "dilute the petrol with water" as the accident happened near satay stalls near the food centre.

"Thank God for the barriers (bollards), or the car would have crashed into the motorbikes," he said.