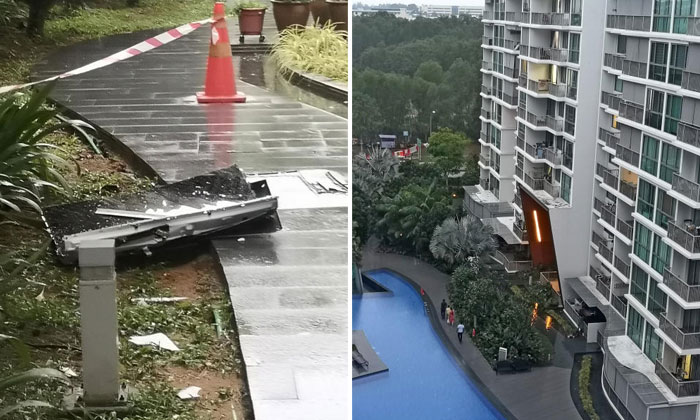 A 31-year-old woman was arrested after she allegedly threw a television set off her 10th-floor condominium unit on Monday (Oct 28), with the police also investigating her for suspected drug use.

A toddler from the condo was taken to KK Women's and Children's Hospital as well, said the Singapore Civil Defence on Tuesday.

While it did not give more details, Chinese evening paper Shin Min Daily News reported that it understands the toddler is the child of the arrested woman.

The incident happened at a condo at 6 Pasir Ris Link at about 3pm on Monday. The police said they were alerted to a case of rash act at 3.10pm and that the woman has been arrested in relation to the case and for suspected drug use. 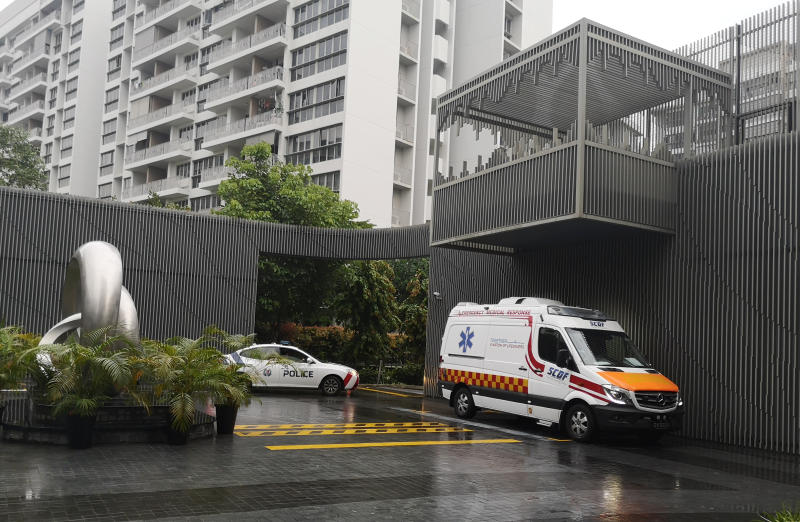 One condo resident told Shin Min that he was preparing food with his family when he heard a loud sound.

The 43-year-old man, who wanted to be known only as Mr Frank, said: "A 50-inch TV set landed on the public path on the ground floor. Bits of it even landed on a balcony on the second-floor. It was unbelievable... Fortunately, no one was passing by at the time."

"To address this, the NEA has since 2012 deployed surveillance cameras with video analytics to catch offenders in the act. These cameras have contributed significantly to improving the NEA's enforcement effort," said Senior Minister of State for the Environment and Water Resources Amy Khor in Parliament then.

In the same month, a 47-year-old Australian man, Andrew Gosling, was charged with serious voluntarily causing grievous hurt with an instrument when a glass wine bottle he allegedly threw from a seventh-storey condo lift landing killed a 73-year-old man.

The Straits Times has contacted the management of the Pasir Ris condo for comment.