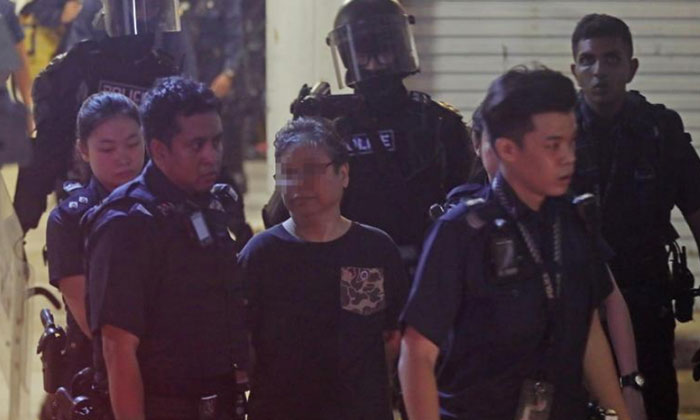 A woman who allegedly suffered a breakdown after losing a kin and her job, locked herself in her Tampines rental flat for four hours in a stand-off with the authorities.

The Singapore Civil Defence Force (SCDF) deployed a life-pak at the foot of the block, while the police cordoned off the area. Police officers then conducted a forced entry, arresting the woman.

A reader, Mr Xu, 57, alerted Lianhe Wanbao to the situation. Reporters quickly rushed down to the scene and found nearly 40 officers from the SCDF and police gathered at the block.

The door and windows of the 7th-floor unit were tightly shut, and the lights in the house had been switched off. Reporters also noted that there was no visible movement or noise within the house.

A neighbour, Ms Wang, 42, revealed that the woman normally stayed in her flat and rarely went out. At the time of the incident,  some people, believed to be relatives, had visited the woman, but she locked herself in the flat instead.

Worried by her actions, her family members then called the police.

“She told me recently that she had lost her job. When her family members visited her on Sunday to inform her that one of her close relatives had passed away, she could have suffered a breakdown.

“I don’t know if she has depression.”

She added that she saw three of the woman's family members standing outside the unit. They appeared to be convincing the woman to unlock the door.

However, the woman did not budge even with the arrival of the police.

The Police Tactical Unit was then activated. Police officers awaited orders in the corridor and SCDF officers were also placed on standby to the forced entry.

In response to media queries, a police spokesman confirmed the incident and said that a 50-year-old woman was arrested under the Mental Health Act.

According to Lianhe Wanbao, the woman was later conveyed to the Institute of Mental Health (IMH) for psychiatric evaluation.