Woman arrested after crashing car into Jalan Berseh playground, was in another accident 2 days ago 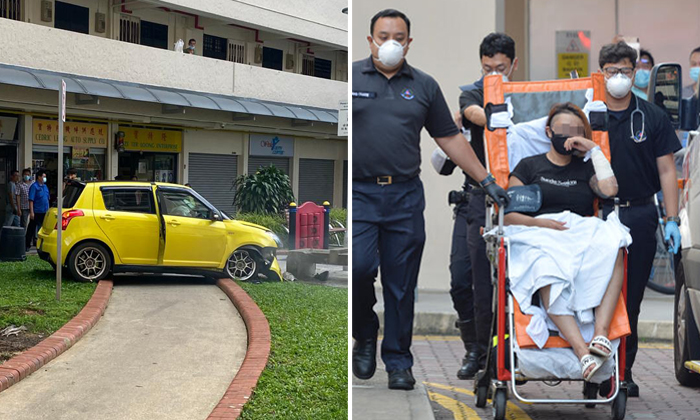 A 24-year-old woman was arrested for the taking of a motor vehicle without its owner’s consent after crashing a car into a playground in Jalan Berseh last Thurday (Sep 17).

In response to a Stomp query, the police said they were alerted to an accident involving a car along Jalan Berseh at 11.42am.

Several Stompers alerted Stomp to a circulated video that shows police officers at the scene and sniffer dogs from the K-9 unit searching the yellow car.

A woman can be seen being taken away in a police car.

According to Shin Min Daily News, there were more than 20 police officers at the scene which lasted four hours.

A 49-year-old food deliveryman, who witnessed the incident, said he heard engine sounds and saw the car surging into the playground. The car only stopped upon hitting a stone bench.

A female passenger then exited from the car, but the female driver's door was stuck.

The eyewitness added: "When the female driver opened her car door, she ran upstairs and left her passenger behind. She returned after half an hour in a new set of clothes."

Police took down the statements of the two women, both of whom denied being the driver. One of them eventually admitted to driving the car, reported Shin Min. 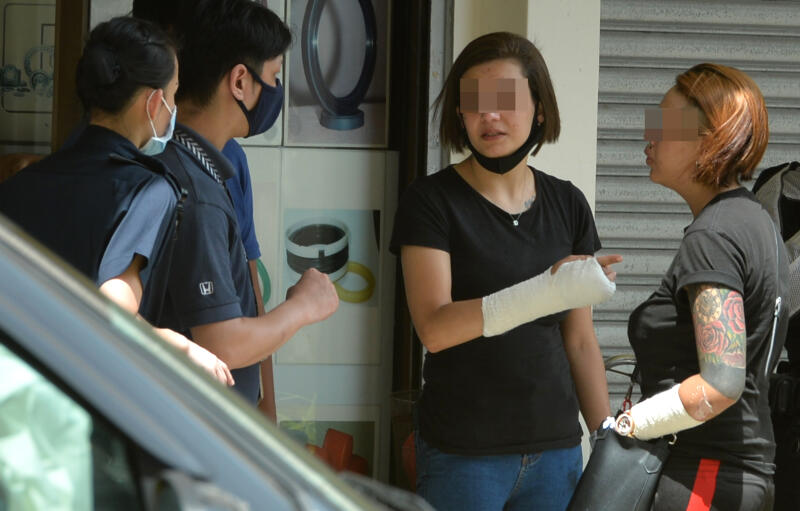 Reporters at the scene noted that the female driver was injured on her left hand and calf, while the female passenger had both hands in bandages.

The pair had reportedly sustained their injuries in another traffic accident just two days ago.

Family members at the scene were heard chiding the two women for getting into an accident yet again, said the eyewitness.