Woman arrested after climbing over parapet at Anchorvale Cove: She was trying to get into ex-BF's flat 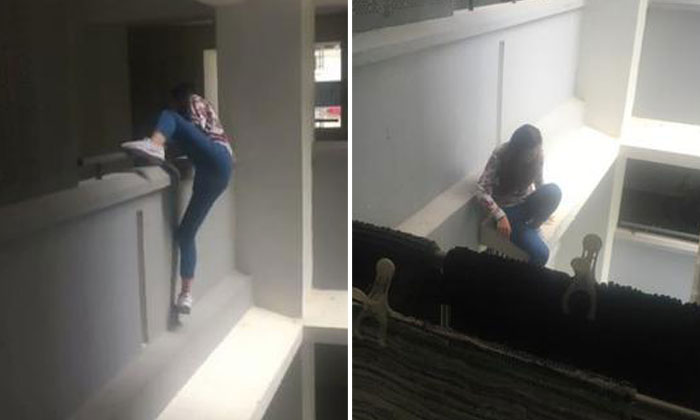 A woman was arrested on Sunday (Sep 3) after attempting to climb into a second-floor flat at Block 336B Anchorvale Crescent, that is believed to be her former boyfriend's home.

Stomp previously reported on a video of the incident that was posted on Facebook by Yusliena Zulkifli Smith, showing the woman climbing over a parapet.

Yusliena was alarmed and shouted at her to "be careful".

She then asked the woman what she was doing and where she was from, but the woman just ignored her.

Yusliena wrote in her Facebook post that the woman had run away when her neighbour told her that Yusliena had called the police.

In response to Stomp media queries, police said that the 21-year-old woman was arrested after they were alerted to a case of intentional alarm at the said location.

According to The Straits Times, it is understood that the woman had wanted to go to her ex-boyfriend's house, but he did not want her to.

She then tried to climb down from the third floor of the block to his home on the second floor.