Woman knocked down by e-scooter rider at Fajar Road, family appealing for witnesses 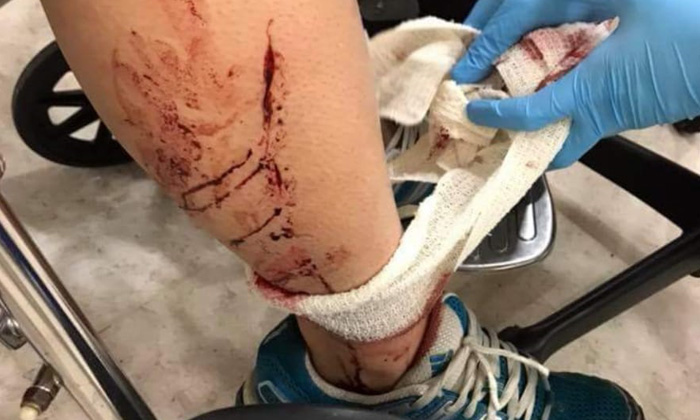 A woman was knocked down by an electric scooter rider at Block 442 Fajar Road, at around 9pm on Jun 26.

Stomper Ah Boy had alerted Stomp to a post about the incident. 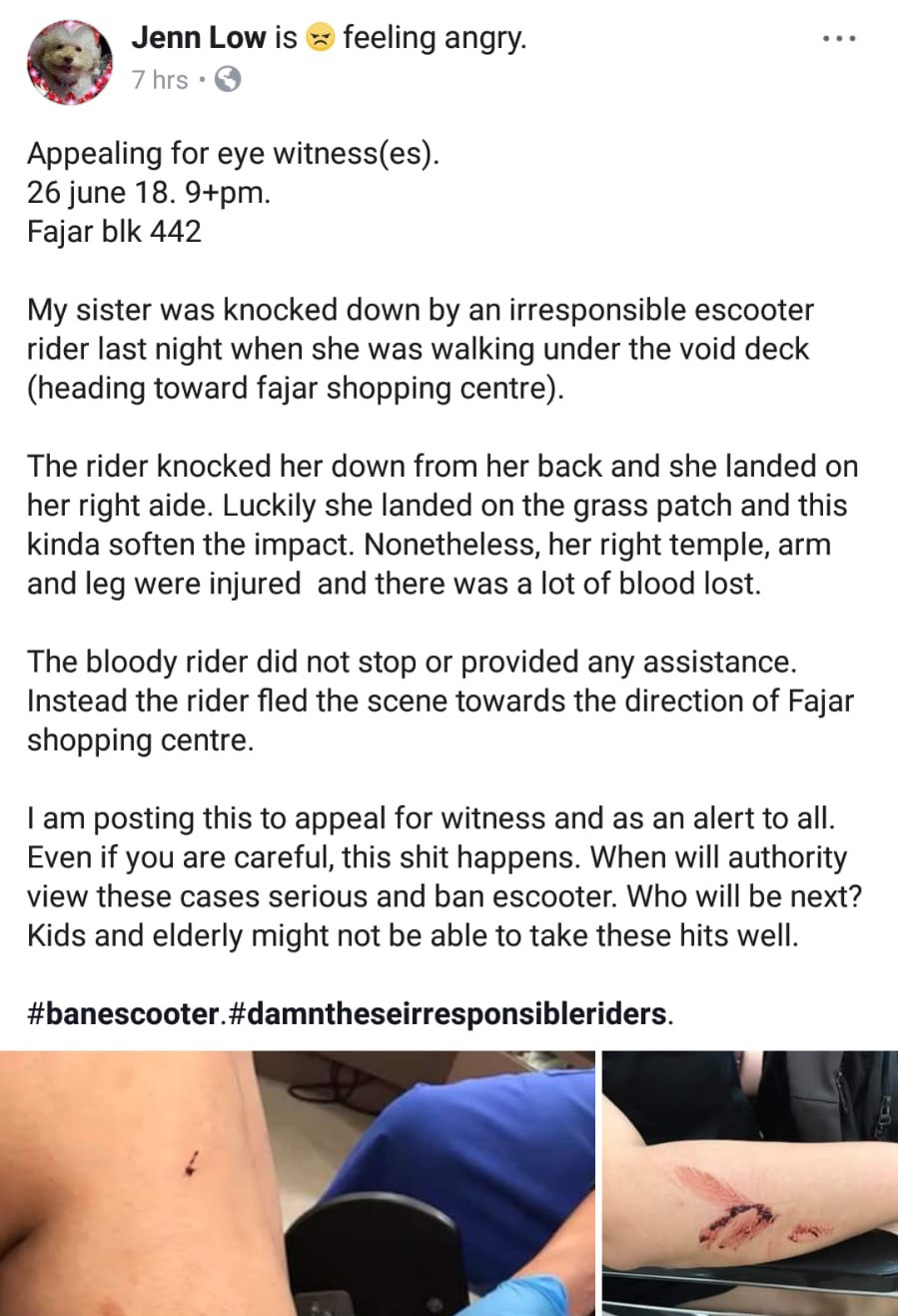 The incident apparently occurred when the victim was heading towards Fajar Shopping Centre while walking under a void deck.

The post read: "My sister was knocked down by an irresponsible e-scooter rider last night when she was walking under the void deck (heading towards Fajar Shopping Centre).

"The rider knocked her down from behind and she landed on her right side.

"Luckily she landed on the grass patch and this kind of softened the impact. Nonetheless, her right temple, arm, and leg were injured and she lost a lot of blood.

"The rider did not stop or provide any assistance. Instead, the rider fled the scene, going towards the direction of Fajar Shopping Centre.

"I am posting this to appeal for witnesses and to alert the public.

"Even if you are careful, this might still happen.

"Kids and elderlies might not be able to take the hits as well."

In response to a Stomp query, a police spokesman said that it was alerted to an accident involving an e-scooter rider and a pedestrian at 10.12pm.