Boys seen throwing balls of newspapers into lake: 'Their grandmother didn't care at all' 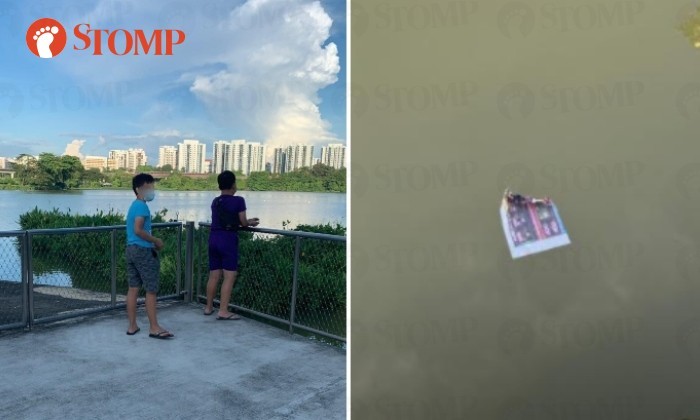 Stomper Izz was taking a casual stroll at Jurong Lake Gardens when she stopped in her tracks after seeing a couple of young boys throwing balls of newspapers into the lake.

She told Stomp that this happened on Dec 1 at 5.45pm and shared her concern that the newspapers would pollute the lake.

"When I saw this happen, I was appalled. But I was even more shocked when I noticed that their grandmother was nearby watching them litter but refusing to stop them," Izz said.

"One would expect for a guardian to correct behaviors of their children, especially if it is as simple as the act of littering. But she didn't do anything about it.

"I truly wanted to gently remind the boys that they shouldn't be littering in the lake but I noticed that their grandmother is large in stature and I'm a lot smaller than she is.

"I was afraid of what would happen if I were to chastise them, so I just decided not to say anything.

"I stood there a while longer and noticed that the boys were having a competition as to who could throw the balls of newspaper further away.

"Despite the stares given by those around, the boys happily continued littering while the grandmother still remained unbothered by the behavior of her grandsons.

"I informed a park ranger who was nearby about the incident and then I left. I'm not too sure what happened after that.

"To be honest, if the boys were just throwing rocks, that's fine. But newspapers? That's simply littering."