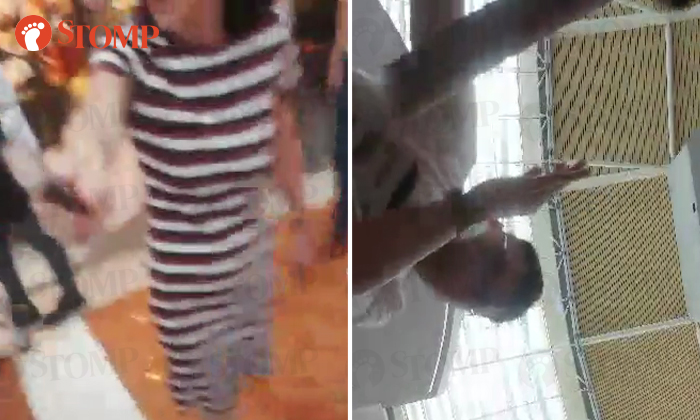 Stomper A got into a heated dispute with a woman who was apparently upset over his coughing while they were in a food court at Marina Bay Sands.

The Stomper said the incident occurred at Rasapura Masters on Feb 22, at around 1.30pm.

He recounted: "I was coughing with my mouth covered, but was facing the woman's seat.

"At first, the woman changed her seat position, from having her back towards me to face-to-face. She then used a fan to fan over in my friend's direction."

According to A, an altercation occurred when the woman swore at him.

"I started taking a video after she scolded me.

"She walked over to try and harass my friend over our table and also flipped my phone as you can see in the video.

"This is very rude, barbaric and b****y behaviour.

"I want to let the public know about the whole incident."

In videos that A sent to Stomp, a man can be heard challenging the woman, "Hit me, hit me, come on baby. Hit me."

The woman lashes out and causes A's phone to land on the floor.

The Stomper can be heard calling the woman a 'b****' repeatedly throughout the video.

He also tells her to "shut up" and says that his phone is cracked because of her. 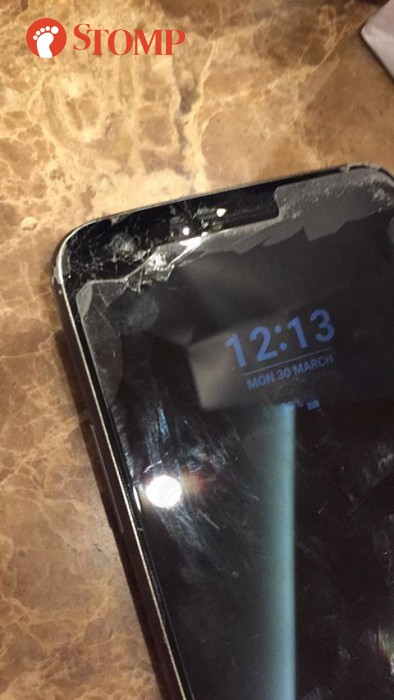 (A told Stomp: "Look at my phone. It might not be the latest but it has sentimental value.")

The woman can then be heard telling A not to leave as she had called the police and they were on their way.

In response to a Stomp query, the police said they were alerted to a case of mischief and intentional harassment at 8 Bayfront Avenue at 1.32pm.

The parties involved were advised accordingly and no further police assistance was required.