Woman and 2 men pulled over at Bishan for tinted windows, get arrested for drug-related offences 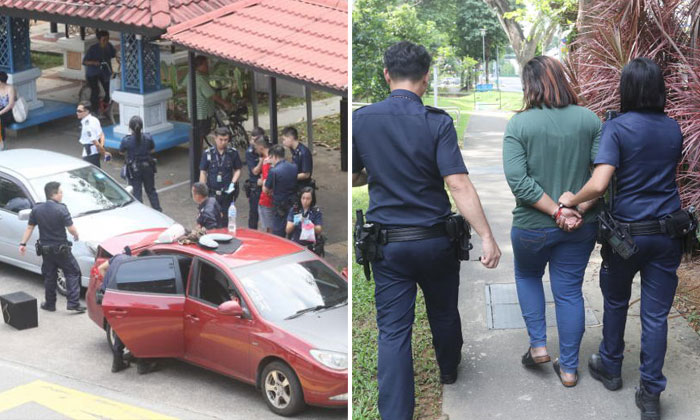 Three people in two cars were pulled over for having tinted windows in Bishan yesterday morning (Jan 22) and were later arrested for traffic and drug-related offences.

It is unclear how the three people are connected.

According to Lianhe Wanbao, traffic police stopped the vehicle at a bus stop near Block 254 Bishan Street 22 on Monday.

The man and woman in the first car were reportedly hostile and did not cooperate, and police were called to the scene.

The Straits Times understands that drug paraphernalia was found in both vehicles.

In response to media queries, the police said that they received a call for help at Marymount Road at 7.56am on Monday.