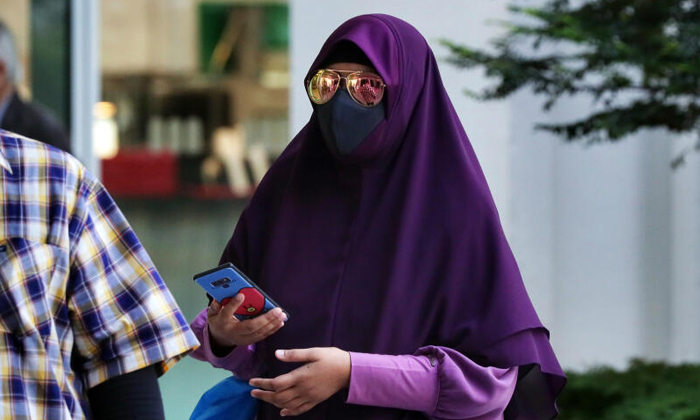 A woman allegedly punched her domestic helper's eyes and struck them with objects such as clothes hangers, causing permanent damage to the victim's sight.

Ummi Kalsum Ali is also accused of pressing a heated iron on the maid's forearm repeatedly, and slapping her on her face and ears.

She also faces 10 counts of offences under the Employment of Foreign Manpower Act, including nine for failing to pay the domestic worker - Sugiyem Samad Radimah - her salary for the period of January to September last year.

The remaining charge is for ill-treating Ms Sugiyem by neglecting to provide timely and adequate medical attention and treatment to her on six occasions last year.

Ummi is said to have abused Ms Sugiyem between February and October last year.

The police said on Tuesday that the abuse was reported on Oct 30 last year, when the domestic worker had already returned to Indonesia.

But she returned to Singapore to assist with investigations.

A spokesman for the Centre for Domestic Employees (CDE) told The Straits Times on Wednesday that it had made the police report.

In a Facebook post the same day, CDE said it had been working with the authorities, its partners and the Indonesian Embassy the past few months to provide assistance to Sugiyem.

“We would like to urge the public not to speculate and let investigations run its due course,” it added.

Ummi's case will be heard again on June 9.

For voluntarily causing hurt by dangerous means, an offender faces jail of up to seven years, a fine, caning, or any combination of such punishments.

Voluntarily causing hurt entails jail of up to three years, a fine of up to $5,000, or both.

As Ummi's offences involve a domestic worker, each of these charges carries enhanced penalties of twice the maximum punishment.

However, she cannot be caned as she is a woman.