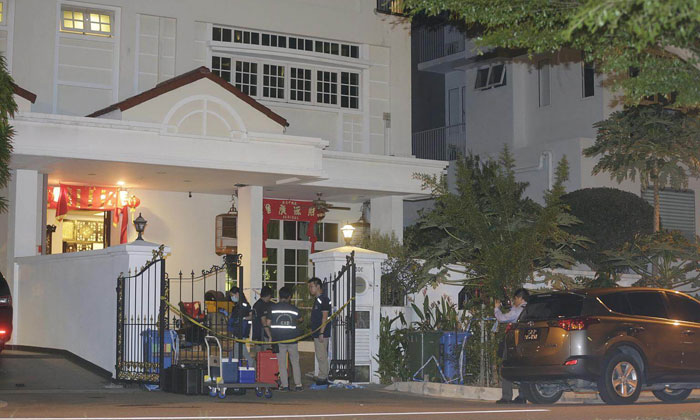 A 59-year-old woman who was allegedly killed by her maid on Tuesday was a kind boss and an easygoing person, said people who knew Madam Seow Kim Choo at her wake.

According to The Straits Times, her 23-year-old Indonesian maid from Lampung, Sumatra, was charged on Wednesday with murder.

Daryati, who goes by one name, allegedly committed the crime between 8.30pm and 8.45pm at her employer's three-storey semi- detached house at Lorong H Telok Kurau.

She had been working for Madam Seow for about two months.

Madam Seow's body was found motionless by her husband, businessman Ong Thiam Soon, 57, in a bathroom in the house. He was also allegedly stabbed.

Mr Ong was discharged from hospital and was seen mingling with mourners yesterday. He declined to comment.

A 58-year-old woman living nearby, who gave her name only as Madam Ong, said Madam Seow, whom she had known for over 10 years, was easygoing.

A young woman who came to pay her respects said Mr Ong and Madam Seow were her bosses at a logistics company.

She described both as good bosses and said Madam Seow "takes care of us very much", in ways such as buying food for staff.

A housewife in her 50s, who said she lived in the house behind Madam Seow's, described her as friendly. She said they did not know each other well, but would exchange greetings over the wall.

"I would see them in the back, and my flowers would grow over the wall. So I would say, 'Sorry, I haven't cut them'. She would say, 'Oh no need to cut, my maid appreciates your flowers a lot.' She was very bubbly and nice."