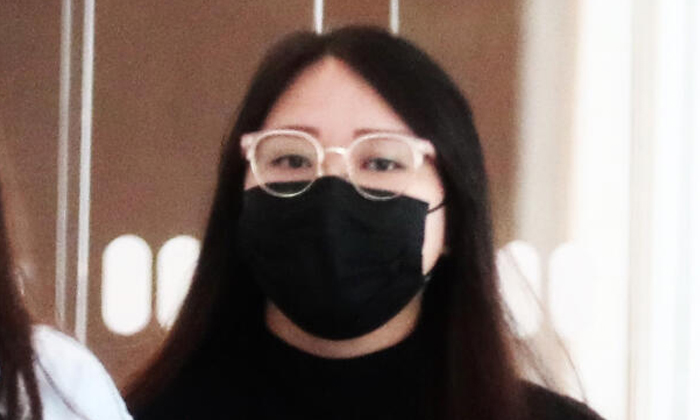 A financial services manager worked together with an insurance agent to try to cheat insurance firm Manulife of $1,128.57 by submitting a fraudulent claim.

Silver Huang Hsin Tian, 27, who was a manager at the time, pleaded guilty on Tuesday (April 12) to a cheating charge.

The court heard that the money was not disbursed after Manulife conducted a check.

At the time of the offence in 2020, Huang was working with Pias, a broker firm that deals in insurance. Her job scope included selling insurance policies from different companies to third parties.

She committed the offence with an alleged accomplice, Patricia Quek Puay Yi, now 40, who was then working with insurance firm AIA Singapore.

Court documents stated that both women were insurance agents at the time, but The Straits Times could not find their names on the General Insurance Association's website on Tuesday. Quek's case is still pending.

The court heard that Quek was at a hotel on June 29, 2020, when she tripped over a barricade rope, fell and injured her right foot.

Three days later, Huang received a text from her on messaging platform WhatsApp, stating that she wished to get an "accidental plan".

According to court documents, both women knew that Quek's injuries pre-dated her application for the Manulife policy.

Despite this, Huang told Quek in a WhatsApp conversation that she could "just try" to claim under the policy and "see what (happens)".

The next day, she told Huang that she was discharged.

Deputy Public Prosecutor Daphne Jazreen Chee said: "Patricia knew that she had to indicate a date of the accident (that was) after the date on which the Manulife policy had incepted in order for her insurance claim to be considered.

Huang then filled up and submitted an accident and health claim form, stating that the date of the accident was July 18, 2020, to try to induce Manulife to disburse $1,128.57 to Quek.

The injury was therefore a pre-existing condition which Manulife was unable to admit, the court heard.

The DPP told the court: "The accused was shocked at Manulife's level of rigour in verifying the integrity of the claim and told Patricia that she had feigned ignorance when Manulife called her.

"Patricia then encouraged the accused to pretend that she did not know what was going on."

On Tuesday, the prosecutor urged the court to sentence Huang to three weeks' jail, stressing that the offence was premeditated and Huang was an insurance agent at the time.

Defence lawyer Azri Imran Tan from IRB Law, however, said that the prosecution's sentencing position was "manifestly excessive" and asked for his client to be given a fine instead.

Mr Tan also said that Huang had not benefited financially from the offence and Manulife had suffered no financial loss.

Huang will be sentenced on April 28.

Related Stories
MBS restaurant worker fraudulently collected $10,000 in rewards to spend on food
Jail for woman who took orders from scammer and posed as cop to cheat retiree
Woman cheated elderly man of over $113k with son who pretended to be judiciary members
More About:
money
scam
insurance
court