Woman accused of refusing to give way and blocking traffic: 'Why should I let cabby bully me?' 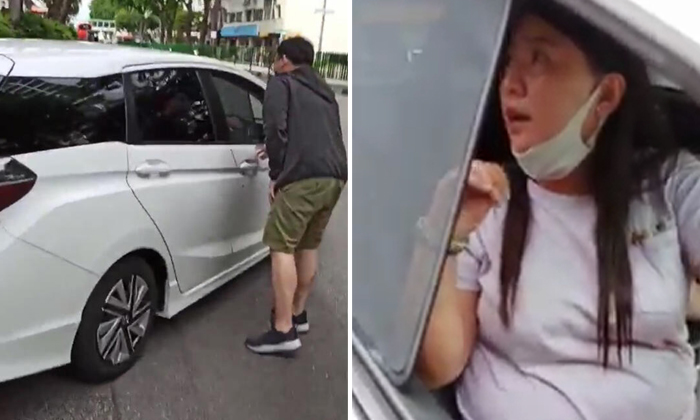 A woman who was accused of refusing to give way and obstructing traffic has spoken out with her side of the story after a video of the incident went viral online.

The incident occurred outside Katong Shopping Centre last Thursday (Aug 6), at about 5.10pm.

Heng is believed to be the driver of a taxi behind the white MPV.

In his post, Heng said that he was trying to exit the mall when he encountered the MPV driver, who did not have her signal lights turned on.

She was also blocking the exit by not turning into the main road, said Heng.

According to Heng, he honked at the female driver, but she refused to budge and even allegedly challenged him to lodge a complaint with the Land Transport Authority (LTA).

In the video, Heng can be heard ranting about how the MPV driver had "refused to exit" and "refused to give way".

He says: "She told me to complain to LTA" and "I honk at her but she refuses to exit, see."

He also repeatedly pointed out how there was "a whole line of cars waiting for her" behind, adding: "She refuses to exit, refuses to move, I honk at her, she buay song."

When Lianhe Wanbao reporters visited Katong Shopping Centre on Monday morning (Aug 10), they saw the white MPV parked at the same spot and identified its driver as Ms Zhang. 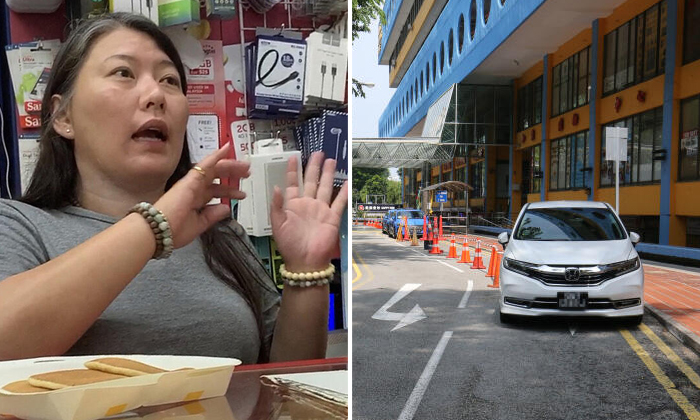 The 42-year-old woman, who manages a shop in the mall, said she had been trying to reverse from the right lane so that she could stop on the left lane to unload goods.

However, the cabby was too impatient and left her unable to reverse, which resulted in the standstill, recounted Ms Zhang.

Ms Zhang also said she had subsequently slowed down in case there were pedestrians crossing the road, but Heng had already started honking at her.

She told Wanbao: "Fortunately, another driver helped to persuade the cabby to back up a little, so that I had space to park.

"There was a deadlock of around 10 minutes before the matter was resolved."

Ms Zhang also said the cabby was aggressive, had a vile attitude and kept yelling loudly despite her attempts to explain the situation.

She added: "If he had used a better tone, I would have given in. But his attitude was terrible so there is no way to discuss it. Why should I let myself be bullied by him?"