Woman, 82, dies after getting hit by motorcycle at Circuit Rd 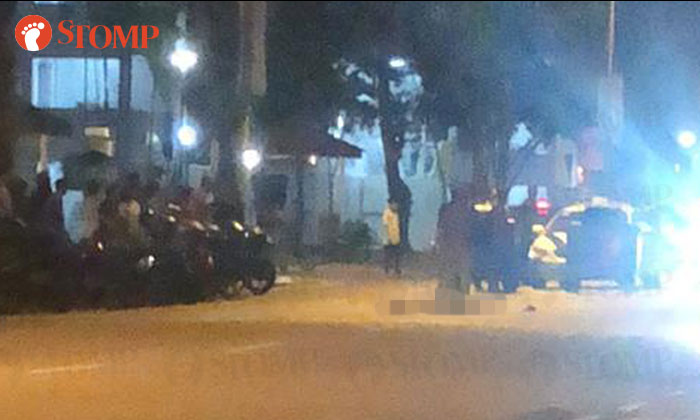 An 82-year-old woman died after she was involved in an accident with a motorcycle along Circuit Road on Thursday night (Sep 13).

Stomper Balakrishnan alerted Stomp to the accident and shared a photo of the scene that he took at about 9.30pm.

"I saw an old lady lying motionless on the road," he said.

He added that he saw a motorbike near a bus stop and a man lying near the bike.

In response to a Stomp media query, the police said they were alerted to an accident involving a motorcycle and a pedestrian along Circuit Road at 9.20pm.

The motorcyclist, a 26-year-old man and the pedestrian, an 82-year-old woman, were taken to Tan Tock Seng Hospital.

A police spokesman said that the elderly woman later succumbed to her injuries.