Woman, 73, sobbed while sentenced to jail for allowing criminals to use her bank account 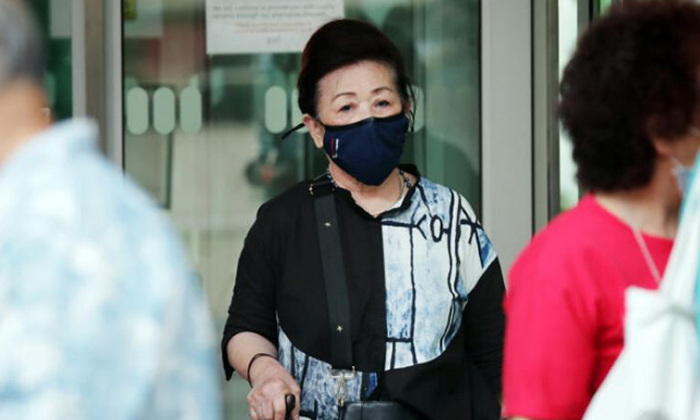 A 73-year-old woman will have to spend seven months behind bars for allowing her bank account to be used by criminals to conceal illegal activities.

In all, Jeanne Jennie Aw Soh Tin dealt with benefits of criminal conduct totalling more than $300,000.

Aw was sentenced on Thursday (March 4) after she pleaded guilty to three counts of dealing with ill-gotten gains totalling $130,000.

Sixteen other charges linked to the remaining amount were considered during sentencing.

The court heard that after getting to know a man on Facebook in 2016, Aw agreed to receive cash in her bank account on his behalf.

In December 2016, a police report was made against Aw's bank account, with the victim alleging that payments had been made to the account as deposit for a loan which never materialised.

They told her the man, known only as "Vincent", was a criminal and issued her with a letter of advisory, saying she should stop taking instructions from him.

But she did not.

The moneylenders told the woman to make repayments to Aw's bank account. The victim transferred $30,000 to it on Oct 20 that year.

Vincent then instructed Aw to withdraw the monies and hand them to his "worker". She did as she was told and handed the cash to the worker who met her in a Malaysia-registered vehicle.

Later that month, Aw received $100,000 in total in two deposits. It was from another victim.

Her lawyers - Mr Josephus Tan and Mr Cory Wong from Invictus Law Corporation - told the court that Aw had "fervently believed" she was helping others out of their difficulties.

"She admitted that she had been 'too kind and gullible' and confessed that with advanced age, she has become more prone to suggestion by others," said the lawyers.

They added that Aw has a mild neurocognitive disorder and may be experiencing the onset of senile dementia.

Although she received the monies, the court heard that she did not benefit financially from her offences.

DPP Haniza, however, urged the court the sentence Aw to nine months' jail and stressed that the senior citizen had committed a serious offence.

Aw, who relies on a walking stick, sobbed as she was sentenced. Her bail was set at $20,000 and she was ordered to surrender herself at the State Courts on April 5 to begin serving her sentence.