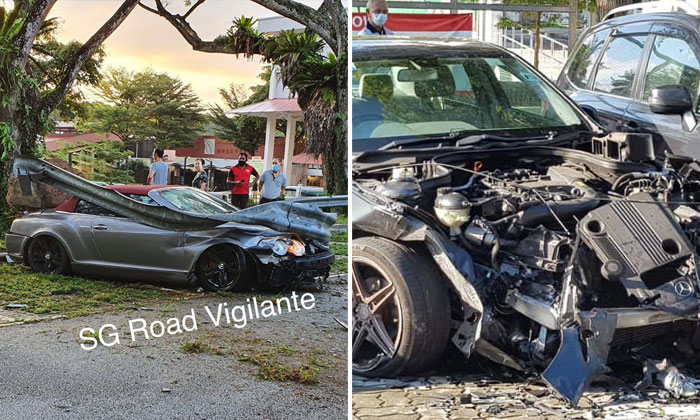 A 67-year-old woman was taken to hospital after a Bentley car crashed into four other stationary vehicles at the carpark of Block 163 Ang Mo Kio Avenue 4 on Friday morning (May 29).

Several Stompers alerted Stomp to the incident and shared photos and videos taken at the scene.

From the photos, the Bentley appears to have crashed into a lamp post as well.

It is seen with a guard rail wrapped around its front and a huge chunk of dirt on its boot.

One of the cars the Bentley hit, a Mercedes-Benz, is seen with its entire bonnet ripped off.

In response to a Stomp query, the police said they were alerted to the accident at 7.16am.