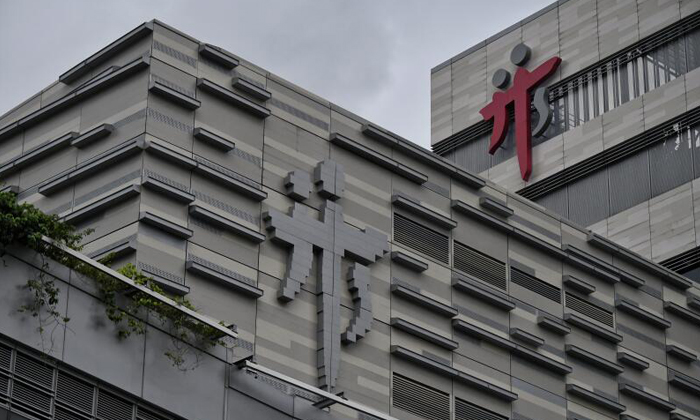 A 27-year-old woman died after she climbed over a railing and jumped down from the sixth floor of Tan Tock Seng Hospital (TTSH) on Wednesday (May 12).

The police received a call for assistance at 11 Jalan Tan Tock Seng at 12.10pm, they told Stomp in response to queries.

"A 27-year-old woman was reported to have been found lying unconscious at the Basement 2 escalator lobby of the Tan Tock Seng Medical Centre," police added.

"She was attended to by hospital doctors and subsequently pronounced dead."

TTSH said in a statement on Facebook that the woman was on follow-up care at its clinic and had attended a clinic appointment in the morning accompanied by her family.

We are saddened that a 27-year-old outpatient had passed on at our hospital today. She was on follow-up care at our...

"Witnesses had found her at the Basement 2 escalator lobby of our Medical Centre," said the hospital on Wednesday afternoon.

"CCTV footage shows that she had climbed over the railing and jumped off at Level 6.

"Our medical staff attended to her immediately. She was brought to our Emergency Department and despite our efforts, had later succumbed to her injuries.

"Our doctor and medical social worker are with her family to offer them our full support."

Investigations are ongoing and TTSH is working with the police on the matter.

TTSH added: "Our heartfelt sympathies and deepest condolences to her family. We will continue to render assistance to the family during this difficult period."