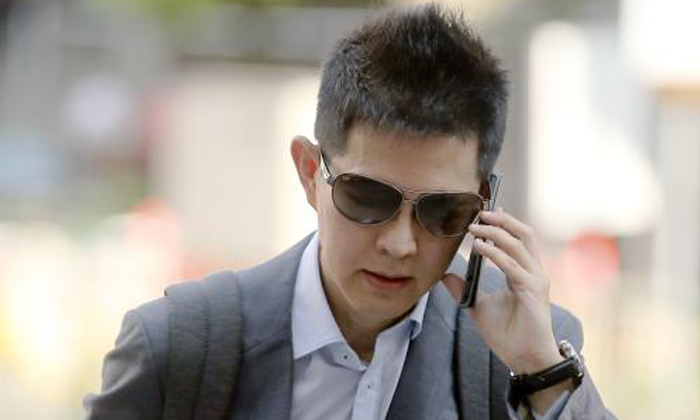 A former National University of Singapore (NUS) senior psychology lecturer, who was on the run for more than 15 years after he allegedly molested teenage boys at a 1999 school camp, is now on trial on five outrage of modesty charges.

The former president of the Singapore Psychological Society later had his contract terminated by NUS after he failed to turn up for work.

He fled to Malaysia and was sent back to Singapore in December 2016.

On the fourth day of his trial on Tuesday (Aug 21), a district court heard that he allegedly molested a boy in full view of the teenager's friend during the school camp.

The boy's schoolmate testified that he was resting on the upper bunk of a bed with the alleged victim sitting nearby when the former don committed the offence.

The witness, now a 32-year-old technician, told District Judge Shaiffudin Saruwan that he heard Chan asking his friend if he was in any pain before massaging the boy's thighs.

The man added: "Dr Chan continued to massage upwards until (he touched my friend's) private parts... He was rubbing in a a circular manner. (My friend) was shocked. His eyes went big."

Chan, who was from the university's Department of Social Work and Psychology, is on trial on five outrage of modesty charges involving five boys. The teenagers were then in Secondary 1.

He allegedly molested them at the Guillemard Camp in Old Airport Road during a three-day school camp between June 28 and June 30 in 1999.

Chan was reported to have had his own company known as Procamps to teach study skills to youngsters. He also organised camps for children during school holidays.

On Tuesday, the technician testified that he was shocked when he saw Chan touching his friend. Despite this, he did not tell anyone about what he had seen as he thought that it was "not that serious".

When the camp ended, the witness recalled a teacher asking students if they had either been molested or seen their friends being touched in an inappropriate manner. However, he could not remember details about such exchanges.