Yet another dead cat found in Tampines: 3rd case in about a month 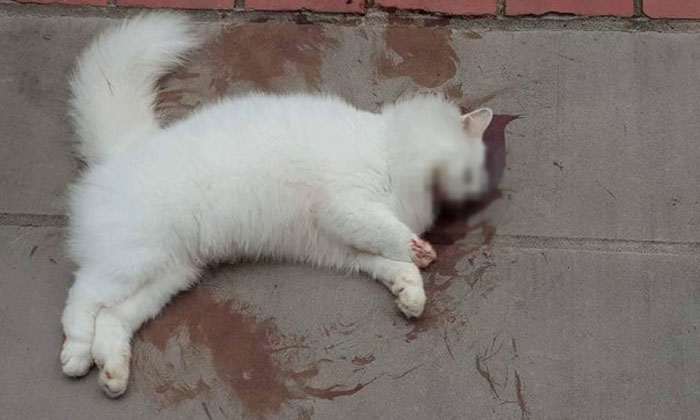 Another cat has been found dead at the foot of an HDB block in Tampines -- the third case in the area in five weeks.

According to The New Paper, the white cat was found at the foot of Block 889, Tampines Street 81, on Sunday morning (June 19).

A passer-by who found it called the Society for the Prevention of Cruelty to Animals (SPCA) at 9.40am, the society said.

SPCA's rescue officer arrived at the scene at 10.05am, but the cat was found dead.

The officer asked bystanders at the scene if they had seen anything, but there were no witnesses.

The member of public who made the call also knocked on the doors of residents in the block, but the cat's owner was not found.

According to the Facebook post by Rescue and rehome cats, the cat was believed to have fallen from some height.

It is unclear if the cat was thrown deliberately or if it had fallen from a home.

"Again we remind all cat owners to mesh their window grills for the safety of their loved ones," the post read.

In the previous incident, Stomper Jaslynn and her mother happened to witness a man slamming a grey Siamese cat to the ground on May 25 at about 1.55am at Block 884 Tampines Street 83.

The 25-year-old man believed to be responsible for abusing the cat has been arrested on May 31.

The Stomper shared that on May 23, a black cat was also found dead at Block 885, with a bloodied mouth.