Tsk tsk, selfish otter at Pasir Ris enjoys new year feast by itself while its kakis helplessly look on 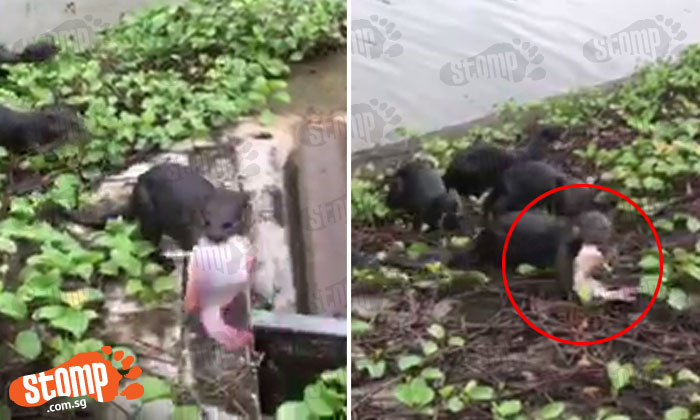 If you thought you had a good celebration for the new year, you should check out what one otter did.

Stomper Kee sent Stomp a video and photos showing a romp of seven otters beside a canal near Block 122 in Pasir Ris. He caught the critters in action yesterday (Jan 2) at around 8am.

In the video, one otter can be seen emerging from the water-filled canal with a fish in its mouth.

It brought its catch to the shore and the feast began.

The otter began eating the fish, biting chunks of meat off its body rather quickly.

Other otters appeared around it, but unfortunately they had to return to the water empty-handed. The otter who caught the fish had no intention of sharing its catch.

Said the Stomper in regards to what he saw:

"The fish was about 25cm long.

"There were many people gathered around the otters to see what was going on.

"This is not the first time I have seen otters in this area.

"I guess the water in the canal is clean since they keep coming back."