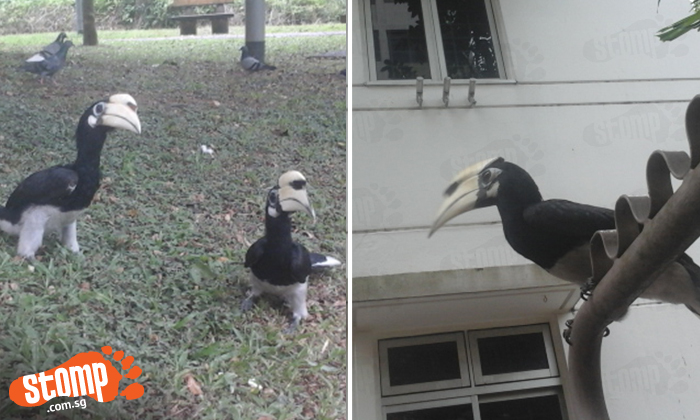 “I’ve seen these hornbills throughout the year, but at first there were just three and they don’t usually come to the ground.

“But over the week there were suddenly four, and then six and now there are almost 10 of them.

“The flock now behaves quite differently, flying low to attack smaller animals like pigeons and squirrels.

“They also land on the ground to chase away pigeons and steal their food.

“I managed to get quite close to them, about a feet away.”

Odzrian also added that he had some success in getting the hornbills to trust him after feeding them little bits of fruits.