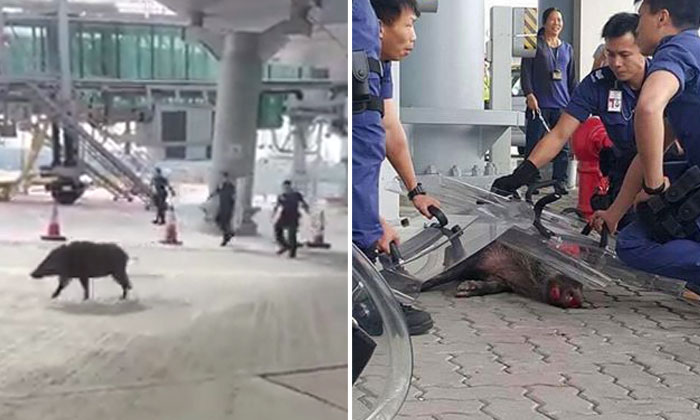 A wild boar somehow made its way into Hong Kong International Airport on Tuesday (Dec 20) and was swiftly subdued by four airport policemen with shields.

A video of the wild boar chase was posted to Facebook by Hong Kong's Wild Boar Concern Group.

The boar was seen running from the police on the airport apron, the area where aircraft are parked.

The animal was taken away by the Agriculture, Fisheries and Conservation Department, Hong Kong, reports The Straits Times.

The Wild Boar Concern Group and netizens have expressed concern over the way the animal was handled as pictures appear to show the boar bleeding from the snout.

"This is too much! Even if it endangered flight safety, must you beat it till it bled?"

"Isn't it better for it to bleed than to be sucked into a plane engine?"