Wife of man who allegedly conned investors of $229k: He used baby bonus to bring girls to Geylang hotels 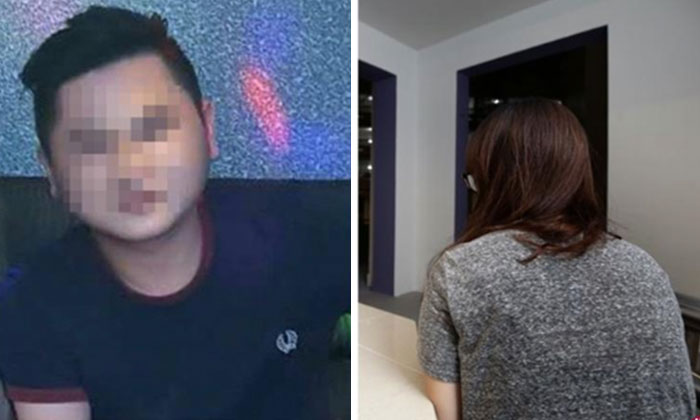 The wife of a man who is accused of conning $229,000 from three prospective KTV investors, said that her husband spent their baby bonus bringing girls to hotels in Geylang.

She also alleged that her estranged husband took his mother's life savings by threatening to kill himself unless she surrendered her money.

In an earlier report, three victims had accused the 31-year-old man, Xu Chuanhui, of luring them to invest in a KTV lounge, only to flee overseas with their money.

Xu’s 31-year-old wife confirmed with Lianhe Wanbao that her husband had left the country and she is not in contact with him.

She said that she is currently looking for him as well, as he had taken away money set aside for their son's milk powder.

Said Mrs Xu: "My husband and I met at a recruitment firm back in 2015 and got married last year. Our son was born on October 2017.

"I always thought my husband was a kind and filial man until he showed his true colours after marriage."

Mrs Xu said that the two of them later switched jobs and went to work for an insurance company.

Xu then left his job so he could run own businesses, said Mrs Xu, and she fully supported his decision.

According to records from the Accounting and Corporate Regulatory Authority (ACRA), Xu is registered as a partner or major shareholder in four companies.

These four businesses consist of a printing business, a handphone repair shop, a KTV lounge, and a recruitment agency.

In addition, Xu also set up an e-commerce website.

Said Mrs Xu: "Ever since he started running his business, he was seldom at home.

"Almost every night, he would be at a nightspot. Each time I asked him, he would say that he was entertaining clients.

"I had told him that I would support his decision to run his own businesses, so I had no choice but to tolerate his behaviour.”

However, Mrs Xu, who was then pregnant, later found two cinema tickets tugged away in the pockets of Xu’s trousers.

She became suspicious and secretly installed a tracking app on his phone.

Mrs Xu said that her husband even brought a nightclub employee for a movie and a visit to Universal Studios Singapore, before checking into a hotel at Geylang.

Mrs Xu ultimately decided to forgive his philandering ways on account of their son.

Xu later asked her to transfer $2,500 - baby bonus which the two had received - to him, saying that he needed the money for his businesses.

Said Mrs Xu: "After he got the money, he immediately told me that he would not be coming home that night.

“When I tracked his whereabouts, I discovered that he had checked into two different hotels in Geylang on the same night.

"I gave up on him in that instant.

"Other than asking him to return the money he took from our son, I will never speak to him again."

Mrs Xu also revealed that Xu’s womanising ways were found out by her parents who later confronted the man.

Mrs Xu said that she only realised that her husband had been conning others after a victim contacted her on April 22 this year.

She discovered that her husband had fled the country and went to confront Xu’s mother who stays at a flat in Sengkang.

The flat had been rented by Mrs Xu and her husband, while the two split the bill for $6,000 worth of furniture in the apartment.

Mrs Xu said that she had resided in the flat after she and her husband made up, but has not set foot in the flat since she cut ties with him.

During this period, she has been staying with her own mother.

Mrs Xu added that she had hoped to retrieve the money from her mother-in-law but the elderly woman would not let her into the flat.

However, she subsequently received a call from the old lady who told her that Xu had attempted to borrow money from her.

She said: "I told her, 'After everything, do you still not know how your son is like?'"

It is believed that Xu’s mother ultimately handed over her life savings of $150,000 to her son after the latter threatened to kill himself.